There are lots of discussion points, lots of things to tweak, but nobody is prepared to discuss it, let alone implement it. This is not a dig at @MikeRL, but there seems to have been a general shift in people using Linux. They are prepared to give money, but not invest time to fix things themselves. I feel bad that they have (in my opinion) needlessly given money to a Linux distro.

It's clear that donating money to Ubuntu MATE isn't having any impact on the development of the Pi images. Apparently, there are issues which are preventing the creation of an 18.04-based image for the Raspberry Pi. I've tried creating 18.04-based images on an x64 Ubuntu 18.04 host, and it fails to install the desktop environment. It hangs at 'Setting up ifupdown' and doesn't go any further.

I'm sorry. I should've said their SoC violates the GPL in multiple areas. See this link.

The only issue preventing the creation of Pi images is time. I don't know Martin, but it is clear that he is prioritising spending time with his family and pursuing new interests, and who can argue with that? He has previously committed a lot of time to UM, and this must of helped to land him a job at Canonical. Who wants to spend their free time doing the same stuff as their job? It needs somebody else to take over the creation of pi images.

UM receives a lot of money each month. I don't know what happens to this now, but it used to be the case that it was 'donated' back to people who had worked on the project. So if somebody were to create an image that could be recreated and distributed then they would be contacted and offered money. That is how it used to work anyway. Whether you agree with that (I don't) is another matter.

This is potentially easy money for somebody. I've already posted on how to create an installer (which is IMHO what should be produced). It is even simpler now with the 3B/3B+ being officially supported in packages. A lot of the custom stuff disappears. Just build them like the old omap4 installer.

I've tried creating 18.04-based images on an x64 Ubuntu 18.04 host, and it fails to install the desktop environment. It hangs at 'Setting up ifupdown' and doesn't go any further.

Last night I experimented with live build on a x64 host and it worked fine.

I have a Raspberry Pi 3 running Ubuntu Server with the Xubuntu desktop setup. I'll use that to build images. 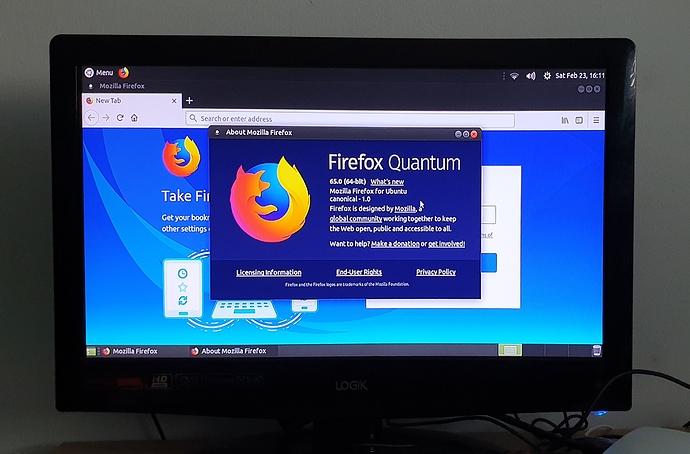 Ubuntu MATE 18.04 and Firefox Quantum running on the Raspberry Pi 3. Expect an image to be released on the Ubuntu-ARM64-RPi GitHub page soon (although it could take up to a couple of days because my internet connection when uploading large files is rubbish) This will work on the Pi 3B+ as well.

Sweet!.....thanks for the effort. I REALLY appreciate it.

I've put together a sample script for anybody wishing to create armhf installers for the pi. This uses live-build to kick out an armhf installer hdd image.

Please link me to this script, I'm wondering if I could adapt it for arm64.

I'll post it this evening, but I've already posted scripts on how to build an arm64 installer. You'll need similar custom preseed scripts because arm64 ubiquity doesn't have flash-kernel-installer (otherwise you would have to rebuild/adapt ubiquity some other way).

EDIT: I've made the above sound a bigger deal than it is. flash-kernel-installer doesn't do much, and flash-kernel will probably be run multiple times by the installer anyway.

For arm64 I think you should forget about bionic and look at disco. You could build a generic installer for that using grub2.

To be honest, I don't see the point in pushing arm64 at pi users. For one thing a lot of pi python stuff doesn't work on arm64. For the niche users who need it, then they can install via the mini iso or server image.

I've already made an ARM64 Disco image with GRUB2 and the generic kernel (not an installer through) but I'm aware of multiple bugs in the image and I don't really plan on maintaining it. I might create a script on how I made it for anyone who's interested in maintaining the image and using it to make their own images.

I haven't got around to testing this:

EDIT: Sigh, you always spot a mistake when you post something without testing it...

Day 2 of @ubuntu_mate 18.04.2 on @Raspberry_Pi. Bootable 👢images are a thing, the essential stuff works 🍾 and the (somewhat) accelerated fbturbo X11 driver is included. Working on my port of raspi-config for @ubuntu to add automatic filesystem resizing & other useful config 💪 https://t.co/Bil64I69bJ 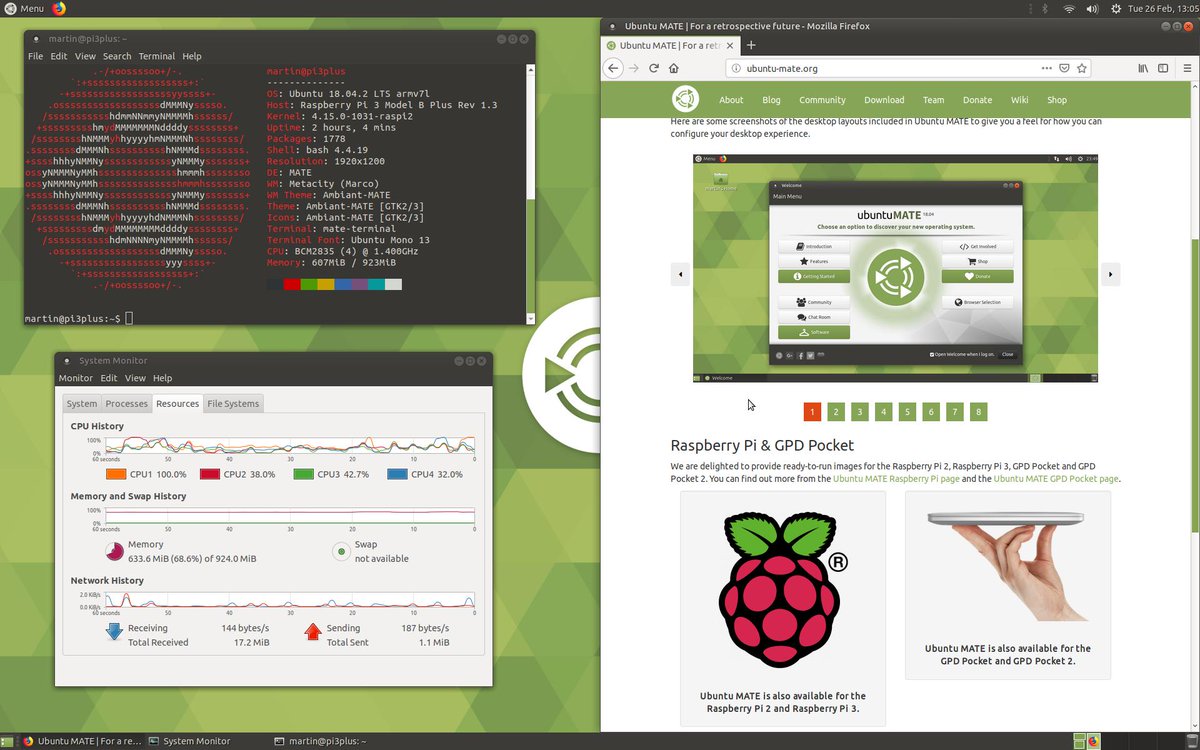 So far it's just a rehash of the flavour maker scripts so doesn't bring 'official' images any closer. Why not use ubuntu-image in classic mode if building an image?

I'd definitely be interested in an ARM hard float image myself if one comes to fruitition. It may not have all the bells and whistles of 64 bit and I think it means Firefox will crash, but it should theoretically use less memory, and on a low memory device that's a good thing.

Firefox works on armhf under 18.04. It has been practically from release.

Actually not, last time I ran Ubuntu MATE on my Raspberry Pi 3 and tried running Firefox it simply said that it crashed and suggested I send a bug report.

What's that then running in Martin's screenshot?

I wonder if Martin has considered people who have upgraded? They may suddenly find things like raspi-config not working.