When I try to run sudo apt-get update, I get a huge amount of 404 errors for the same IP address, listed above.

Any ideas as to what I can do?

Just a cursory look and I wonder, why should there be ‘I386’ repos on Raspberry Pi?

That’s what I noticed as well. It doesn’t make much sense, that’s for sure.

Have you tried changing repositories?

From the Control Center open Software & Updates and in the Ubuntu Software tab select a new repository from the drop down menu. 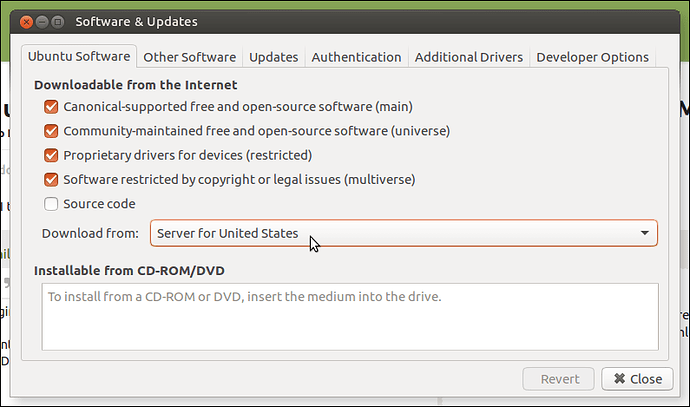 I don't currently have UM 16.04 installed on my Pi to verify this is the same as the desktop version, but I'm assuming that it would be.

Is there anyway I could do that through terminal? I don’t have access to a screen an have to connect through SSH from my laptop

Yes, by editing your sources.list.

Please look at the following link. It’s seems to address the problem you are having.

That’s my sources.list file. I don’t see anything wrong, but I don’t have a very good eye for small issues.

Looking at your pastebin, the cause of the errors is that binary-i386/Packages does not exist on http://ports.ubuntu.com. Further if it did exist, it has not part in the armhf architecture of your raspberrypi.

I see nothing out of the ordinary in your sources.list file.

Could this possibly be a fault on the server side?

If you look at http://ports.ubuntu.com/dists/xenial/Release

But if this is a server side issue, I am curious as to why everyone is not having this same problem.

I would suggest messaging @Wimpy or @lah7 for help on this issue. They would understand the server side of things much better than I do.

How do I message one of them?

Nevermind, I had to unlock it first