i got from my friend last week his unused G5 (PowerMac G5 Late 2005 DualCore Model @ 2GHZ, Nvidia 6600 GPU) i formatted it clean after backing up and uploading his data to him. (WAS NOT FUN leaving my connection unusable for half a day to upload nearly 70GB.)

i want to Dualboot this G5 w/ Leopard & MATE but when starting up w/ "live video=ofonly nouveau.modeset=0" i get a Corrupted Display and upon trying to shut down or reboot it hangs at a black screen. 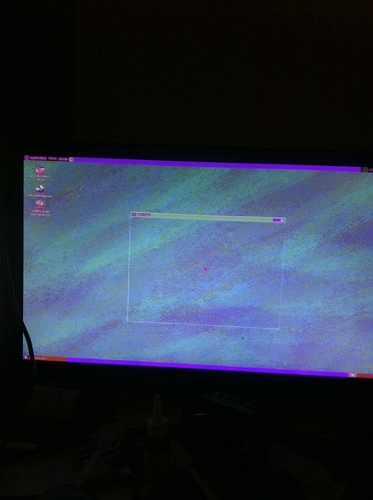 any idea to solve this? kinda Worried id get this on the G4 as well which i was going to flat out Replace OSX w/ Mate on it

I’m not sure about PPC but you could boot inot recovery mode and run “dpkg” per the update guide (a network cable connection is required!):

ATTENTION ATI/AMD GRAPHICS CARD OWNERS, IF YOU INTEND TO USE UBUNTU (MATE) 16.04, PLEASE READ THE FOLLOWING FIRST!. EDIT: POSSIBLE SOLUTION FOR SOME WHO HAVE AN AMD CARD ON THE LIST HERE: http://support.amd.com/en-us/kb-articles/Pages/AMD-Radeon-GPU-PRO-Linux-Beta-Driver%E2%80%93Release-Notes.aspx See also: https://support.amd.com/en-us/download/linux First and foremost, Intel drivers are auto installed and there is no reason to start to try installing any drivers for Intel graphics…

That’s not corruption, that’s just the result of the kernel command line parameters you are using.

what would u best need to put in on the G5 at the yaboot CLI.

You would easily find this by just reading the PowerPC documentation:

with that instead of nouveau.modeset=0 i dont get ANY Display.

Then you need to work through this https://wiki.ubuntu.com/PowerPCFAQ#Ubuntu_boots_to_a_command_line.2C_hangs_during_boot.2C_or_blank_screen_etc.

You can also try: “nouveau.noaccel=1” instead of “nouveau.modeset=0” this should get you at least a useable Desktop (even if it´s not 2D-accelerated by the Card)