Something new to report.

Tonight, I tried to copy, via Caja, around 3.5 GB spread over about 10 video files from an internal hard drive to an external usb. It locked about a third of the way through the operation. repeated attempts produced the same outcome

This is after installing the fix.

I have not had time to investigate further as I had to go out and willnpt be back at my machine till in the morning. So, I cannot currently say if this is related to the fix, in spite of the fix, or an unrelated issue with the files themselves or, even, the USB. But, thought I should mention it.

Thanks, let us know when you know more.

Makes me think that thunar does not rely on gvfs for core functions such as moving files.
If that’s the case thunar wouldn’t be affected by this issue.

I used Caja for the test NOT Thunar.

I cut and pasted using Caja, 44 files of 244 Mb from flash drive to hard drive.

Are you testing the updated package?

Since I did not see any problem, I did not update the package.

My system is running great…do not want to take a chance with that update. 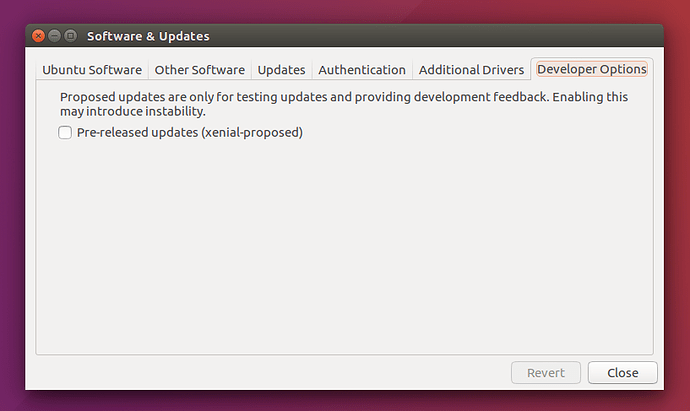 Hi Ouroumov. I think it is an issue with the USB.

I installed and tested this with two other files different file managers - Thunar and PCManFM - and they both had the same problem. When copied one at a time, the files copied over, albeit a bit slowly. But, when copied as a batch, they got stuck. But did, eventually copy over. But it took many minutes.

When doing it via the terminal, it was a bit quicker, but not much

But, when copying the files, either via terminal or via any of the GUI file managers, from one folder on my internal hard drive to another, no problems were encountered.

Hey everyone! I’m the author of the update including these patches. Thanks for all the help testing!

My system is running great…do not want to take a chance with that update.

Please note that if it passes the verification, it will be released as a regular update through the Software Center.

apologies for my ignorance to the process - but am I correct in assuming that if this fix is “approved” through all the normal channels, then all I have to do is run “sudo apt-get update && sudo apt-get dist-upgrade” on my Ubuntu MATE 16.04 machine to get the fix? I won’t have to enable any non-standard repos?
HUGE thanks to everyone who invested time into this… it’s been bugging me for a long long time now (pun intended)

but am I correct in assuming that if this fix is “approved” through all the normal channels, then all I have to do is run “sudo apt-get update && sudo apt-get dist-upgrade” on my Ubuntu MATE 16.04 machine to get the fix? I won’t have to enable any non-standard repos?

You’re correct. Update will roll out to every Ubuntu 16.04 user through the normal update channels.

What does sudo apt-get dist-upgrade do ?

“upgrade”, as you might expect, attempts to upgrade all of your existing programs.

“dist-upgrade” also attempts to upgrade all of your existing programs. But, will make “intelligent” decisions if there is a conflict between the upgrade of one program with another one. So, sometimes, with “dist-upgrade” you may find that one of your programs has stopped working in order for another of your programs to be able to upgrade. Though, this is reasonably rare, from what I have read. And it has never actually happened to me.

And to be honest, if it was going to happen, I am the kind of user it would happen to since I have a relatively unusual combination of programs on my system

Thanks for the details about it.

If you’re ever questioning, just do a man to read the manual.

OS: Ubuntu Mate 17.04 with all the latest updates.
Issue: system locked (or in deep crawl).
Description:

Noted too that the apps in this list would vary in their % and sometimes be dropped out of the high-usage list.

System returns to my control, however the memory seems to be filled with a lot of residual data.

Thanks to all who helped test this package. The update has landed! 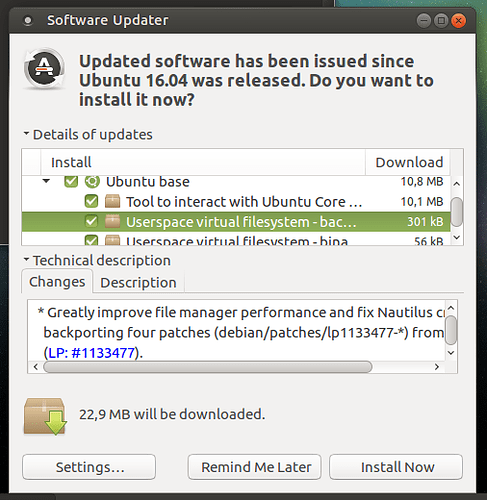 I’ve installed the updates. On a samba share with ~16K jpegs from a security camera its still pretty slow, but it is improved!

On a local directory with ~24K jpeg files its much improved. Faster that gthumb loading the same directory.

Nice, It was frustrating on directories with a large number of images – as gets generated by motion or zoneMinder.