How about Ubuntu orange, rather than green?

I like just about everything about Ubuntu MATE, except for that green highlight color. IMHO, it just doesn't fit well with the other colors in the "Radiance" and "Ambiance" themes.

(Disclaimers: This is obviously not the end of the world; one can get used to it. I understand that the use of green is meant to differentiate Ubuntu MATE from the other Ubuntu variants. No disrespect meant for the theme artists, who did a fine job.)

It'd be neat to see more traditional Ubuntu Ambiance theme, as in the following screenshot: 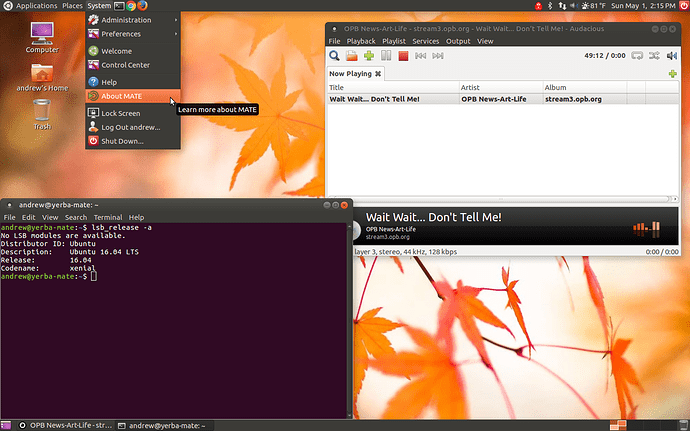 I can get pretty close by using pixmaps from Ubuntu proper, and changing the green color value to the orange color value in the various *.ini and *.css files -- but it's not as good as what the Ubuntu MATE artists did. And it would be nice to have *.deb packages.

Would it be possible to have traditional Ambiance and Radiance themes made for Ubuntu MATE? How much would it take in terms of time and effort?

I totally agree. There should be a way to change the overall green theme to what one prefers. Not anti green however certain colors just do not match. Feedback from all is appreciated.

Imo, it’s easy enough for each to alter their system’s appearance and doing so, can help a user better understand their system.

Could MATE desktop accommodate these color changes for gtk3 applications too?

It helps if you have access to an Ubuntu DVD. Then you can copy out the "Radiance" and "Ambiance" themes to a directory so you can use them later. You can also copy out the Ambiant-MATE and Radiant-MATE directories from Ubuntu MATE so you can change the contents without disturbing the originals.

After all that, it's pretty close, but not perfect. Here's Radiance: 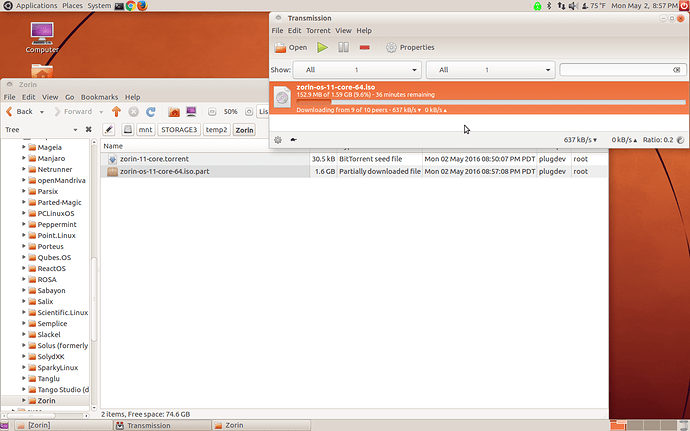 Each to their own… I do like the shade of green. Really. I hope UM continues to use it. If those who want something else can change it that would be good too.

Tip: Fix that shut down icon in the top-right corner (for the Humanity “Ambiance” theme)

I use to tweak my appearance to the Ambiance orange theme by switching the icons to Ubuntu-Mono-Dark and changing all the green colours I could find (some traces are harder to change). Somebody could whip up an archive containing all the changes.

I’m hoping for Puce myself.

You can mint-ifiy any system by installing the mint-x theme from packages.linuxmint.com into any system with MATE DE, though, some icons are still minty by default and require replacement. That, and you must install some package contents from archive manager (engrampa / *-fileroller) because of some files being superseded causing initial compatibility issues.

The theme overall comes in many, many colours so you’re not starved for selection, and if you use Emerald, the one window decoration theme I found works with mint-x is Ordinary Black Glass. A touch rough in spots but it works overall.