When installing or updating, don't create separate Home partitions, create and use data partitions instead.

Years ago, checking out various linux distributions, I installed a root and a home partition as others had done before me. My home partitions contained a lot of the same data copied from previously installed systems and ate up the limited space on my small hard drives. To increase efficiency, I began installing systems with separate root partitions but only one home partition. This introduced problems that were not easily fixed.

With a single Home partition, I ran into the problem of the hidden dot files, the most common being what was specified in .config and .cache but not limited to just those. These files are used to set up particular things that each distribution deems necessary to its install but I soon found that they tended to conflict with other distributions. To completely avoid this situation, I began installing new systems with an accompanying (common to all) data partition. These new systems have my home directory contained within my system install, not as a separate partition. 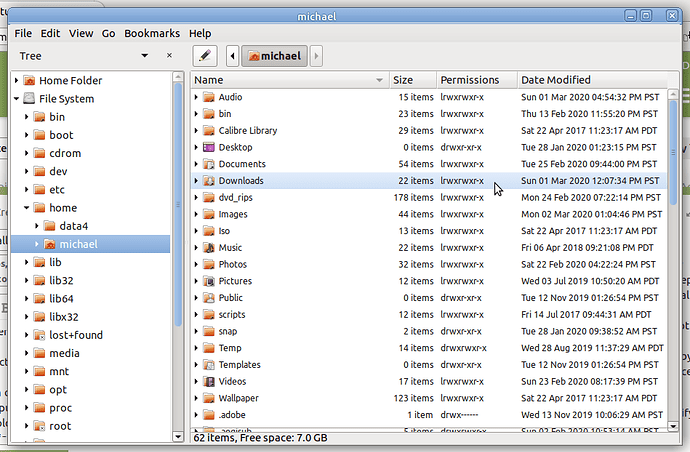 (the links above are the lrwxrwxr-x directories)

Each of my installs now has a data partition and with some of my computers, several data partitions. The result was that I could keep my old installations and have a new fresh installation without dealing with the conflicts that upgrading a system ordinarily seems to produce. If I need to refer to something in an old install, I can boot to it and go over things. My new systems are installed on 20 GB partitions which is more than enough to accommodate a system by itself. I link my data to the installed systems and save a lot of space as well as have a simpler (and easier) backup situation. 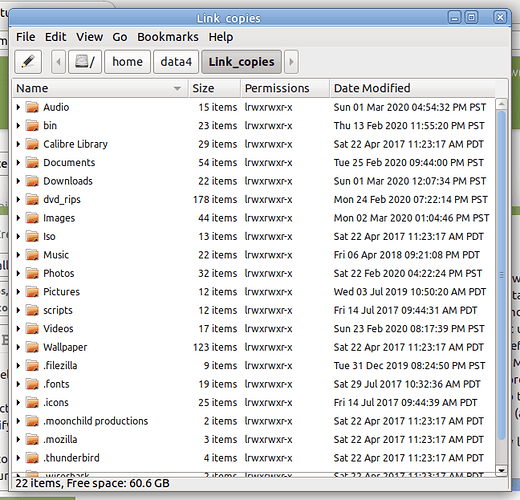 (the little arrow on the folder icon signifies a soft link)

My common data partition includes ordinary directories like Documents, Downloads, Images, Wallpaper and other directories accessible by (for instance on this old laptop) MATE 16.04, MATE 18.04, MATE 19.10 and MATE 20.04 pre-release (my daily driver at this point). It is probably clearer to list the little that are still in my home directories using this kind of configuration.

All other directories are soft-linked from the data partition to each install. In all my system installs I usually use the same default browser and email program, Basilisk (an offshoot of Pale Moon) and good old Thunderbird. I use Thunderbird 52.9.1 in order to have the add-on extension Firetray notify me of incoming messages. My older version of Basilisk allows me the use of several extensions that I really like and find quite useful.

Questions and comments should be posted to either Support & Help Requests or Thoughts & Feedbck under the title of this tutorial.

3 Likes
How much space on your storage devices do you really use or need?