I am getting this error whenever I try to update my Linux. Please check and help

And this the deb file is attached as the picture 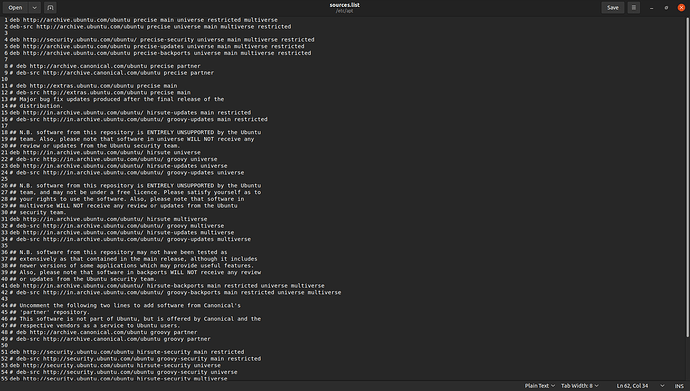 First read what @tkn has to say (above). Then please read this comment of mine.

Furthermore, it's also very bizarre that you seem to have the Precise Pangolin (12.04) repositories still enabled, even though this system appears to be Ubuntu (MATE?) 21.04 Hirsute Hippo. Packages for Precise aren't even available at archive.ubuntu.com anymore; 12.04 is now considered an "old release", available at old-releases.ubuntu.com, along with other dinosaur Ubuntu releases like Hoary Hedgehog (5.04).

Replace all instances of precise in that file with hirsute, then do sudo apt update again.

Though there are instances of groovy in the file (which stand for Ubuntu 20.10 Groovy Gorilla, the Ubuntu MATE derivative of which just went out of support), they all appear to be commented out and thus you probably don't need to deal with those too.

However, just like what @tkn said, please also show us the file /etc/apt/sources.list.d/miktex.list. That file is almost certainly contains the cause of the real problem; I just noticed that you have active lines in your main sources.list file which refer to a long-time-out-of-support release of Ubuntu. (Ubuntu MATE didn't even exist yet in 2012!)