I just observe another bug on Mate Desktop

After checking a number of launchers in the CC, it seems that it displays icons at 32 px but the ones that you point out have no 32 px version in the icon theme, so it uses the 48 px version.

Not sure why some common sizes are missing, especially if they were in previous versions of the theme (I haven’t checked this). or maybe the CC used to scale them before? If it’s an issue with the theme itself having removed icon, it would be an upstream bug in the parent theme (Humanity), though.

On the first issue you point it right, I scale icon sizes in Caja to 100%, 66% and 50% so the issue is only on 66% on default theme Ambiant Mate.
Maybe the issue appear after introducing the HDPI switch, as I remember previously testing a 18.04 beta the desktop icons does not scale at all (or does not work all time), but right now it scales, just is inconsistent on 66% percent, so maybe some code was “paste” without a correct update of size, on specific icons, or as you said missing icons in theme.

On second issue with Icons in Control Center, it is like that from a long time, so 16.4 if I remember correctly have same issues just previous issue somehow point it out. So icons in Control center have to be reworked to have a consistent size. As everything get polished over time in Mate Desktop someone should focus to polish also Control Center Icons for a consistent Desktop.

So icons in Control center have to be reworked to have a consistent size.

As I said, it would be an upstream bug: the MATE themes (Ambiant & Radiant) only include icons specific to MATE (green folders, apps like Welcome, the Software Boutique, Caja, Engrampa…). The remaining are loaded from the Humanity icon theme which is designed by Canonical.

In any case, the solutions from Ubuntu MATE’s point of view are a bit limited:

The proper solution would be to file a bug report for the Humanity theme so that all the appropriate icons get additional sizes and hope that the Canonical designers do it before the next century (barring that they don’t just dismiss it because “Ubuntu will get a complete new set of icons starting with next version, as we said each year since 2006, but this time it’s true!”).

I do not know "who is in charge" with those icons, or what exactly is the issue. I am not a developer, just a Linux user, and I just notice that the switch to mate 18.04 brings a lot of issues. Both issues are present also on 32bit upgrades. Maybe tomorrow I will open the last laptop with 16.04 image, to look on those icons, today is too late, I am in bed.
I open my Raspberry PI today ,witch have 16.04 Mate image, and everything look as it should be.
Look on this image, Mate Control Center has the right proportion on all icon sizes. 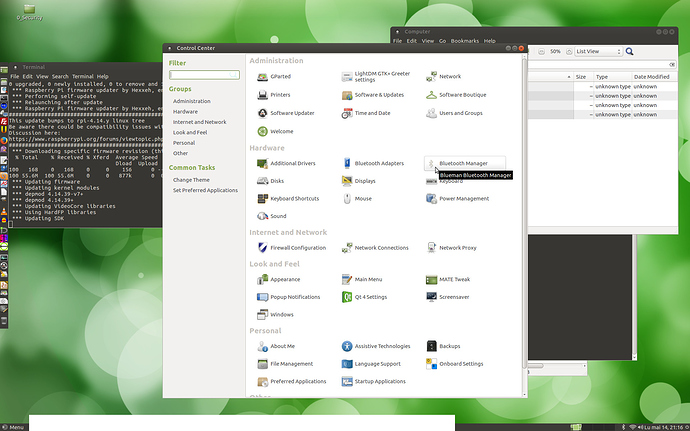 I open my Raspberry PI today ,witch have 16.04 Mate image, and everything look as it should be.
Look on this image, Mate Control Center has the right proportion on all icon sizes.

As a quick check, does the following command on your Pi list anything?

If it lists a jockey.svg (or .png), it means that there was a 32px icon for Jockey (the Additional Drivers). If not, I assume the CC downscaled icons from 48px to 32 and thus it would likely be a bug in the new version.

ok @terzag,
I will check this for you tomorrow , right now I am in bed, and I must go to sleep soon, is already too late.

Just upgrading to 18.04 you can easy spot at least 5 major issue.

I really appreciate all the work on Mate desktop, so hope all issues will be fixed soon in the next 1-2 months

Ok, so it might be worth opening a bug report on Launchpad. Not sure for which package exactly as it’s likely the rendering engine common to Caja and the CC rather than Caja itself.

Default Ambiant MATE theme icons sizes are inconsistent, I've reported this a while ago:

The default icon theme should be fixed or changed to a better one.

Tip: If you want icons with the same size, change the icon set to Numix, if it's not in Themes/appearance, install more themes: MATE Welcome > Getting Started, there are other options too and you can find more online.

Default Ambiant MATE theme icons sizes are inconsistent, I’ve reported this a while ago:

It’s not really useful to report bugs here, it should be done on Launchpad.

I also have some issues with icon sizes when using the default themes; for example the VLC icon in the indicator applet on Redmond layout appears like this:

Switching to any custom themes like X-Arc fixes it though, but it's sad that the default has this bug... I hope it will be fixed soon...

Yeah me too, months ago several other people told about this panel/applet issue, devs know about these issues, it’s pointless to file bugs for this, they are probably busy with other things.

Some distros don’t care, or care but the teams are usually small and have other priorities, few people help, I kinda stopped caring, if I don’t like or it’s not working I just move to another distro or Desktop Environment.

Trying to improve a project is usually a waste of time, it only works when your ideas are aligned with the vision that the devs have.

There are a few irritating bugs like these here and there, but only a few in my honest opinion, and Ubuntu MATE has come a long way- a stable and compared to some other distros, less buggy; even if one stopped caring, one just shouldn’t stop participating in the improvement of the project. Yes maybe this bug will go unnoticed, because more major bugs and aspects have the priority, but it’s worth it in the long run I guess. You don’t just get such a polished distro without support from its community…

It’s a fairly minor bug, I think it’s not gonna take that much effort to solve… so if someone steps up and rewrites some code that fixes this and shoots that to the devs, it might get taken into account and patched to the next update…

Ups … creating another icon xxx.sh on desktop it have the right sizes.
Adding some content to it, it will make it larger as it change its default icon.
So it is clear that icon is wrong size, so this icon it is changed also based on file content, and that change is not adjusted correctly in the code for 66%

Has the panel/applet icon bug been reported on Launchpad? Does anybody know anything about it?

@Apollonius a partial solution to your issue I posted in some other place.
I mean here

I use Ubuntu Mate on several PC and updating to Mate 18.04 bring me an annoying permanent issue. Just to note, I prefer to use Menu Bar, Font, and an desktop element size small, to not waste space used for displaying main apps content. Par example I use on all PC even one with 4K display size on menu bar between 17 and 20 pixels, but on all of this PC the Indicator Applet Complete will not display correctly. - it has an padding effect of 2-3pixel on both border edges, witch other icons like …

I open this topic about desktop/caja icon sizes, not about mate panel (indicator applet complete - another issue) display issues, I don’t know how it looks to you, but for me are totally different things.

They use 2 bug trackers, try to search there:

By the way, using 2 bug trackers looks like a bad idea, I’m not a developer so I don’t know why it is like that, but I know this can confuse users, they won’t know where is the best place to file a bug.

In my opinion there should be only one bug tracker to make things easier to everyone.

If is so important for the guy the VLC icon issue. He can fill a bug here: 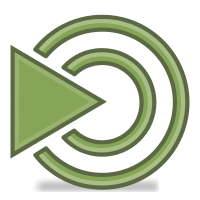 Contribute to mate-desktop/mate-indicator-applet development by creating an account on GitHub.