The question mark is there because I'm not sure exactly what program would be responsible for the feature.
I've been using gnome-session-fallback on top of vanilla Ubuntu since Unity happened but I've already moved 3 of 4 machines I operate over to Ubuntu MATE and it's great.

There's a feature missing though regarding the placement of launchers / indicators in the panel: the "sticky-center" property. When positioning an item around the center there's a kind of "snap" to the exact center of the screen. This can be used for multiple items for instance monitor + clock + monitor that all have sticky-center behavior.
Missing that feature one has to manually position the panel items on the approximate center of the screen, but then the position is registered as an absolute value and that is a problem in the following scenarios: 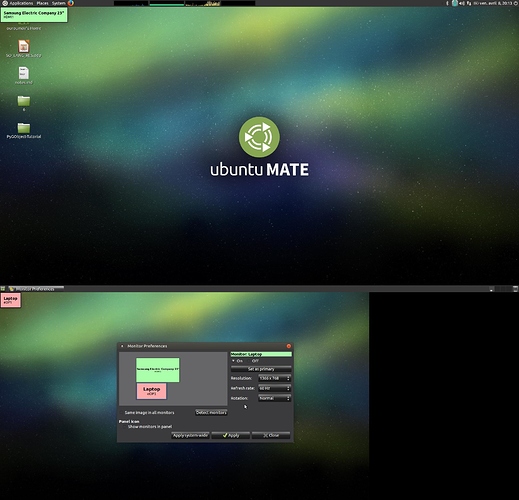 (The indicators "mate-monitor" are centered on the small display, but not after the main display switch)

So here we are: I think the "sticky-center" property would add to the quality of the interface and I would be glad to see this added to Ubuntu MATE.

I took the same path till I discovered Mate

One of the dev's will have to answer you on the sticky panel request.

To have apps open in the center, you can use 'Window Preferences'. 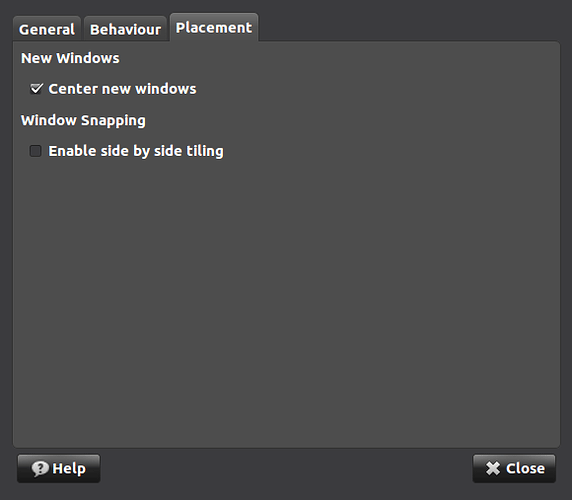 This would be a new feature, please raise a feature request here: https://github.com/mate-desktop/mate-panel

Yes Sir!
It is done: https://github.com/mate-desktop/mate-panel/issues/426

A notice to all: I know it's been a long time since anybody talked about this. But at my own discretion, I have decided to take up this challenge. I have scanned pretty deeply in the MATE Panel source code as of late and believe this is very doable. I'm assuming this feature is still desired by someone; if nothing else, I sure want it: I put a System Monitor on my top panel near the center, and always want it at dead center, among other things:

Furthermore, some of you have seen me contribute code to MATE in the past, and I have a fairly high success rate -- I just started a pull request yesterday for another miscellaneous bugfix which got merged today: https://github.com/mate-desktop/mate-desktop/pull/470. Not a big endorsement, since it's literally a two character change, but I am 99% sure I can implement this for once. Please allow me a chance.