We are happy to announce that there is now an Official Ubuntu MATE Discord server.

This is part of Wimpy's World.

Discord, which is one of the fastest growing multi-platform chat clients has been selected for several reasons. One of which is highlighted in this presentation from FOSDEM: 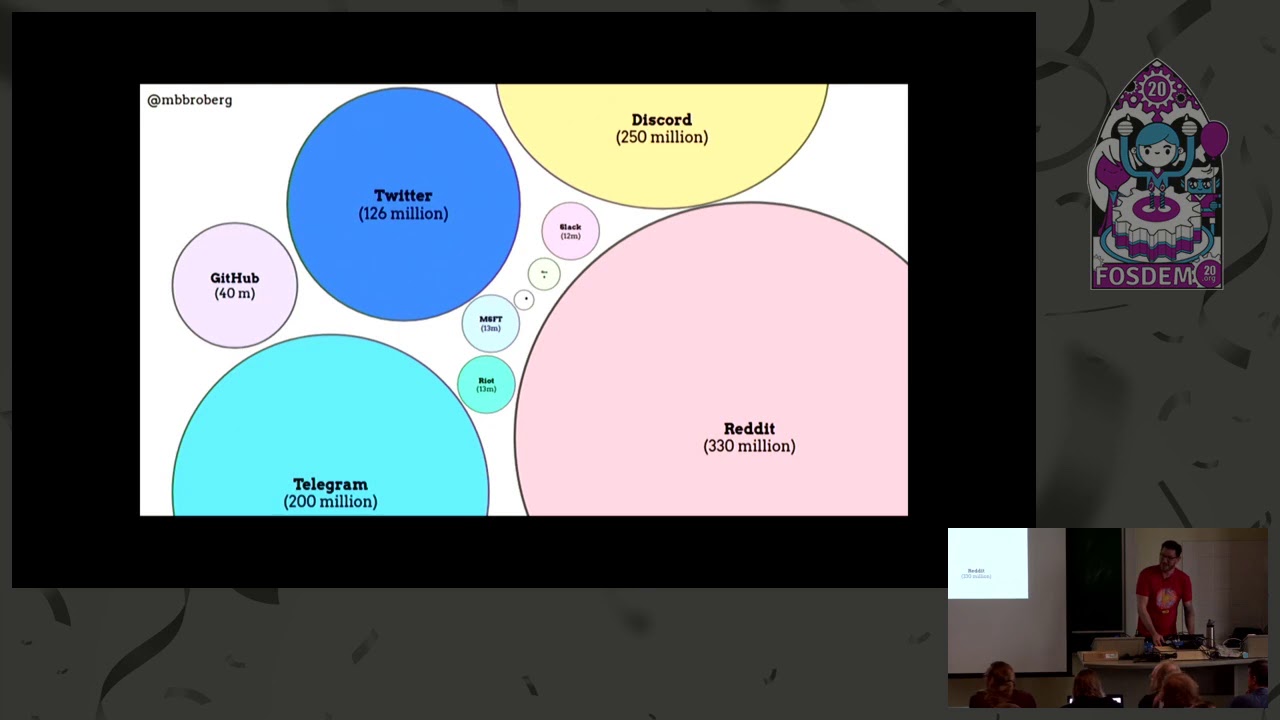 Discord is available via the Web interface and can be installed with a deb package, using a tar.gz, as a snap as well as via Flatpak. There are also mobile clients for Android and iOS devices.

The #user-chat channel will allow Ubuntu MATE users a means of discussing matters regarding Ubuntu MATE as well as a means of getting real-time feedback from the overall community.

and see team discussions that occur in areas such as #qa and #web.

that this provides another way to encourage Community participation.

And the moment you all have been waiting for

Check out the Wimpy's World community on Discord - hang out with 782 other members and enjoy free voice and text chat.

Thanks for reading and we look forward to seeing you on Discord.

Please note that while this will replace IRC as our designated and official Chat Room, the #ubuntu-mate channel on Freenode will continue to remain. There are no plans to bridge these platforms.

Great to hear! I'll be sure to join!

I don't think, that the closed source discord is the right thing....
Matrix...

I remember when I published my Ubuntu MATE guild thread on this forum. Glad I helped to give Wimpy a taste for it, and he saw it through in his own way.

I really did want to give that guild to you, @Wimpy but it seems like your plans were too big for it. Pleased to see there's an official communication arm on a platform I use way more than IRC.

I should had addressed this post originally in my last response. Yes, riot.im would had been a great choice, and there are a lot of users on it but the issue with using a service that's less popular is less potential reach. The truth is it honestly doesn't matter how closed-source and insecure a platform is, people will keep using it if it's what everybody else is using.

You could purge Google services from an Android handset, but the moment somebody signs into Google whatever bets on device security are tossed. Same for Facebook, same for Twittter even. And almost everybody with a computer uses at least one of those brands, through a multitude of services they provide. Especially in work, where an establishment may rely on any one of them.

Alongside Canonical bedding in with Microsoft and Microsoft shaking the right hands to get in The Linux Foundation, and with how much funded corporate interest there is with our "Open" platform, you have a multitude of organizations who don't necessarily prioritize privacy on their own platforms committing their effort to improve and iterate on our beloved kernel which gives this system life. (Not to mention, the variety of security issues they encountered along the way themselves.)

While I agree Discord isn't the best choice from a security perspective, I also believe we're far past the point when we should have been giving a rip about it. I've practically given up my privacy, having resigned it the moment I started using a bank to manage my money and yield my identity to the United States government (especially for things like, say, voting). I revoked every bit of personal privacy I had then, short of sharing my naked body with any corporate interest.

...Oh, and Discord also has two-hundred and thirty-million users, as exhibited in the video above which was shared in this thread. So yes, @Wimpy has finally conceded and is bringing his water where the horses are, rather than pleading for the horses to come for his drink.

This topic was automatically closed after 30 days. New replies are no longer allowed.