I am using an "Acer Aspire T180 UB7Z with "GeForce 6100 nForce 405" and the Nouveau drivers as the Nvidia drivers are not available to install through "Additional Drivers" could this be the cause of the crashes? Can this problem be fixed? I've never had any crashes or problems with any other version of Mate, the last being 17:10.

Window Manager is set to Marco (No compositor)

Also the colours of the pattern change depending on what's on the desktop. 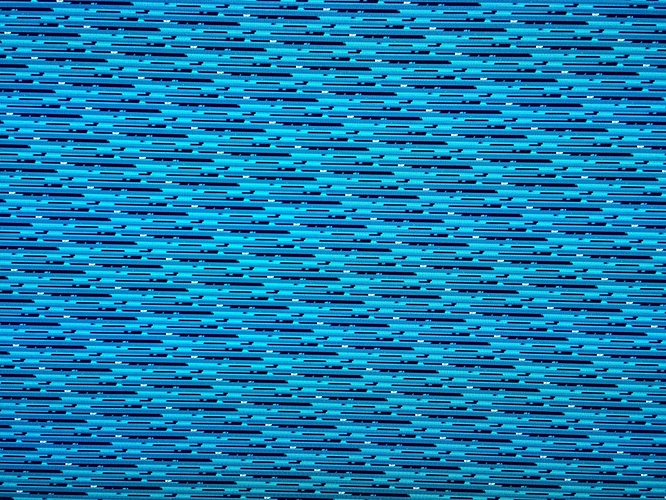 Could easily be the lack of Nvidia drivers. Try changing window managers with mate-tweak.

I’m glad you surfaced with that problem. I had exactly the same thing happen when I upgraded to 18.04. screen froze with this sort of patterning and the colors of the current underlying screen.

Any attempt to find drivers through additional drivers or through the terminal method was unsuccessful. Apparently they have removed the proprietary Nvidia driver from the 18.04 repository.

My card is an Nvidia GForce 6200 SE (NForce 430) same family as yours. The only driver that cooperates with it is is the Nvidia legacy binary driver version 304.137 available in versions 17.10 which I believe is out of support as of today. It’s also available in version 16.04, the version I had to downgrade to to get things going.

I still have some minor issues that I’m trying to iron out like missing compositors in mate tweak’s windows manager. The only one available is Marco (software compositor).

Also the Nvidia x server setting tool does not launch and the Displays tab does not detect my monitor where they were both working under nouveau and all compositors were available.

But the good thing is it is stable, no frozen screen gibberish or crashes and consecutive reboots.

Also you’ll notice if you inspect the kernlog in the log file viewer section you’ll see indication towards the end of that file that the nouveau driver is faulting at some memory address just before the crashes occur.

All that said 16.04 with the 304.137 is the only combination that finally worked for me and that the driver should be downloaded directly from the ppa.

The one that shows up from additional drivers is the 304.135 which intermittently froze up my mouse and keyboard.

If your intent on using 18.04 with all it’s bells and whistles a new video card would probably be your best bet.

Otherwise 16.04 with your current hardware and the 304.137 driver should work nicely.

In any case if you’re intent on getting it working under 18.04 and you succeed, please let me know how you did it. I’m by no means a linux expert just some one who has been tangling with this exact problem for the last 2-3 months.
Take care and good luck…

If you’re really brave, you can get the drivers directly from Nvidia http://www.nvidia.com/download/driverResults.aspx/123709/en-us and install them the hard way. I’ve only done it once – on an old Fedora system – and it DOES work, but it’s a real PITA to do.

Still may not work, though, due to changes in the recent xorg-server and xorg-common.

I kind of have the same issue, but maybe for different reasons? Seems like (not all the time) when the laptop comes out of a suspend mode, and even sometimes when the screen is minimized and then when the window is subsequently maximized, I end up with a bunch of pixelated garbage. If it isn't too scrambled, I can click on the shutdown button and click logout and then of course I log back in and all is well. When it is as the attached photo shows, as bad as that, I have no other choice but to hard power the laptop down. I have a Dell Inspiron 17 500 series laptop. 16 gb of RAM and I have a large linux swap partition, so I don't think that that is the issue. I've tried various other linux distributions, and it's always the same thing. It'll behave for awhile, then bam, I've got the same issue. I really like Ubuntu Mate and would love to stick with it, as I have no other issues besides this one. Any ideas please? 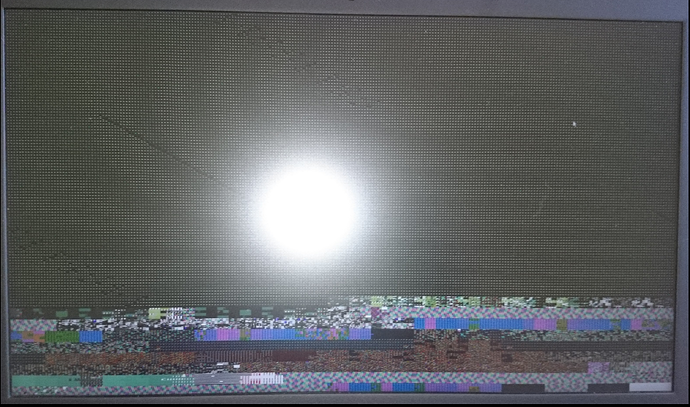 Thanks for all the replies and information, I tried without success to install the Nvidia drivers. I will look for a graphics card on ebay, if anyone can recommend a compatible card with supported drivers and HDMI that would be appreciated.

Just an update, I am now using Debian Stretch 9.5 with the Mate desktop. The Nvidia drivers (304.137) were easy enough to install following information on youtube and Debian’s wiki, my old pc is now perfectly stable, not one crash or freeze. It’s another option for anyone having issues with Ubuntu and the end of life 304 Nvidia drivers.

In any case happy you stabilized your machine with Debian and shared your experiences with us so others like my self can benefit. I will keep the move in mind as a plan b for when the time comes. Thanks.

If I had to buy myself a graphics card I would take an AMD one. For some years now AMD is really supporting the open source drivers for Linux. Most drivers are already integrated in the kernel with a great performance. If you decide later to buy a new video card you could take something like AMD Radeon RX 480 or 550.