Hey guys! The Ubuntu Community Team is updating the screenshots for the Ubuntu flavours | Ubuntu page on ubuntu.com. On behalf of the team, I would like to request some help with this.

Thank you for your time, and thank you for all of the effort you've been putting into making Ubuntu and Ubuntu MATE awesome!

Here's a screenshot of Ubuntu MATE 22.04.1, as a possible candidate for the new screenshot to be displayed on the Ubuntu Flavors page. Let me know what you think! (The full-sized screenshot is 1920x1080, but I've shrunk it here for the sake of not bogging down Discourse.) 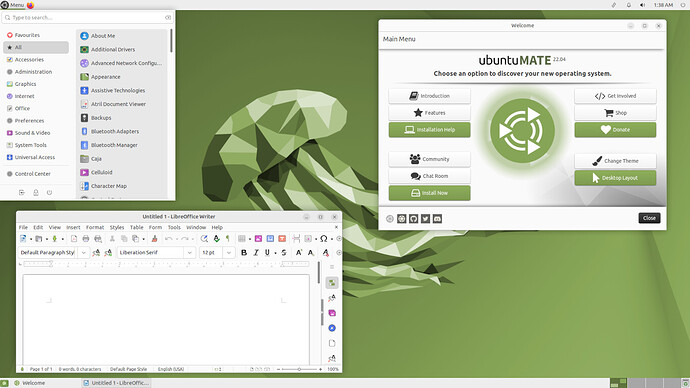