Been at this for 3 months. I have 2 UB Mate 16.04.1 laptops , sitting side by side, both fresh installs, updated exactly the same, one HP, one DEll (although I have used 2 Dells, same issue). I install samba, install Caja,do shares, it matters not, my Win7 PC can see & open everything on the Mate machines, that’s where it ends!
The Mate laptops can’t even see each other, let alone the Win PC, 2nd layer windows network icon shows up, never able to mount, this used to work in 14.04, it was cumbersome but it freakin worked.
For a while i was able to get the 16.04 Mate machines to work by dropping the .smb folder (hidden folder) in home directory from a working 14.04 mate machine onto a 16.04 install, that folder is absent on this 16.04 release? but that now seems to have stopped working also (no idea why it worked in the first place).
Some claim Caja-share breaks Samba, mostly it seems as if Samba is just a POS, going over years of forum posts its always been an issue. Now i understand (a little) why the issues mixing Linux & Win but effective sharing is not exactly working Linux to Linux, or not consistently.
I now i sound frustrated, and believe me I am! I am not a novice on computers, i have been at this since the 16.04 releases, I sadly have to have Win in the mix, i desperately want to move to a Linux based set up but no sharing, no can do, and that will go for many Windows transplants, they have a Homegroup that works, this will send them running.
I see tutorial after tutorial on samba, very little consistency between them, it’s a wing & a prayer, what works for one, does not for another.
I am wondering if i am overlooking something? Is it my router/modem but I’ve had zero issue on Win network, issues started with my quest for Linux freedom.
SOOOO…spare me the haters, shove any of your “go back to Windows” BS, I am genuinely trying to make a go of this, I am not singling out UB Mate, as this is inherent in any UB derivative, tried Peppermint, Linux lite, Unity, all Ubuntu’s, Elementary, all of them, this is a major gaff, a show stopper for Windows converts, everything media is shared.
Any higher power, someone with the knowledge to point me in the direction of a fix, please help…
This is a first rate community, Steve Cook (Cheers), tried his damnedest to assist but even he was having the same issues, someone among us has the juju to fix what ails us.
I have turned so many folks on to Mate, they all come asking for sharing help, all Windows refugees, don’t force us back to Win10, I don’t have enough tin foil to wrap around my paranoid melon.

Can you post me the output of these commands :

Caja does not break samba . I use caja with samba and no problem .

cat /etc/samba/smb.conf will post later, thanks for the help, have to get to work

So in your share difinitions "browseable = yes" are commented out . First try tu uncomment the lines "browseable=yes" couse i think the default value of it is "no" and restart smbd and nmbd service (with sudo systemctl restart *). Then see if the files are visible on the other computer . If not I suggest to create "usershares"
It is easier to share folders via caja . Follow this guide on the ArchWiki. To share a folder when you finish the guide : right click it and then click sharing preferences . Then tadam your files are shared via samba : 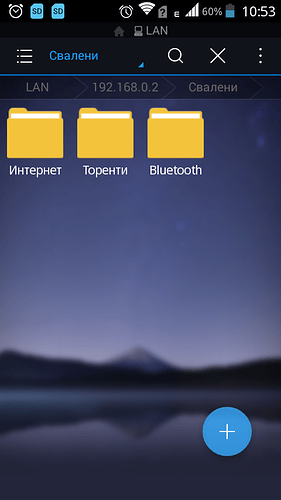 Went in to etc, removed ; from all browesable
Pasted this systemctl restart *, got failed to restart
so i rebooted, browse network,

Error could not display network

Looked at ArchWiki but I’m afraid I do not quite understand that,
someone needs to map out, clearly, the process, I’m sorry I just don’t know where to start with that Wiki, it all seems very Samba based, I see no reference to Caja?

Thanks for your help, I must be missing something, as nobody else seems to have a sharing issue?

The usershare category is for caja . It allows you to share folders via caja as a user .
see my config for example :
note that lines starting with “;” are comented lines

I’ve been using samba for many years and have really never had any luck with guest shares.Samba seems to work better knowing what user is allowed to access files.I’m using samba with ubuntu mate fedora mate and centos 7 and they all work well together.I keep mine as simple as possible i use the same group and user on all the computers.system-config-samba is a fast way to set sharing up.Make sure samba is installed along with smbclient then on each linux system.in a terminal you can type testparm to see a dump of sambas status. also you can use smbclient -L hostmane -U user to check if the computers can see each other.smbpasswd -a user will also add a user to the linux computers your wanting to share with.I hope this helps as i know it gets frustrating not being able to get things to work like we want them to.

Wow, that’s involved, I’ve some learning to do, i shall work through this, Thank you for the help, I’m not sure i totally understand but I’ll get it eventually. When you set up your sharing, do you “sudo apt install samba” or just install Caja-share and no Samba, sorry to be so low level, your expertise level is better than mine, I just want o make sure i am not installing something that impedes the final solution

Tim, firstly thanks…I will try the password approach, did not really consider it, as i wanted easy! I am also up against adding Win boxes ans I’m starting to think this is giving me more trouble than its worth. I may switch all my sharing network to Linux, that might help the situation, although I have been having issues just sharing the Linux machines, really all started with the 16.04 releases, it was pretty doable prior, the changes in samba really screwed things up!
I have been installing samba “sudo apt install samba” then " sudo apt install system-config-samba" to get the gui, then i share out the music, videos etc. I have been install Caja to right click share the corresponding folders (not sure if i have to).
I have not been assigning a group?
I am able to fix this most of the time by dropping the .smb folder from a working 14.04 install into home, view, show hidden folders, paste, this folder seems to be missing in 16.04 release, now why that would work I have no idea but I tell you it does (also works on other 16.04 releases, mint etc), I just was hoping to find the right way of doing things rather than this.
Hope this all makes sense…
Also, if i get it to see the network, it then asks me for a password for the win computer, when none are in use but i guess i may just have to give Windows one and be done with it.
On-ward’s, it’s a worthy battle, although flipping frustrating, have to unlearn Win logic, and get into the Linux head, I have thrown in the towel a few times but it only lasts a week and I’m back, really like what Mate has on offer, fabulous distro, shame about the damn Samba!