I used a wallpaper from someone else to create this. Not sure, but it could have been this one: https://www.highreshdwallpapers.com/ubuntu-black/

I used Gimp to make that darker, to be consistent with my preferences for low-light themes.

Then, I loaded the SVG file of the UbuntuMATE wordmark into its own layer, again in Gimp, then I used the colour-fill function to set my own choice of colour for each of Ubuntu and MATE.

I originally placed the that modified wordmark at the bottom of the screen (version 1), but the Grub menu comments covered most of it, forcing me to move that closer to the center of the image (version 2).

Unfortunately, I can't take a snapshot from the Login screen (same wallpaper) but I offer the 2 versions and let you choose. Also, tried to upload the Gimp XCF file for others to customize, but the forum doesn't allow that. 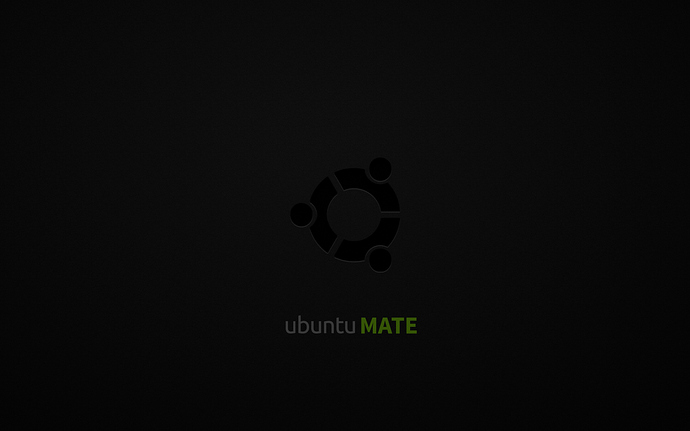