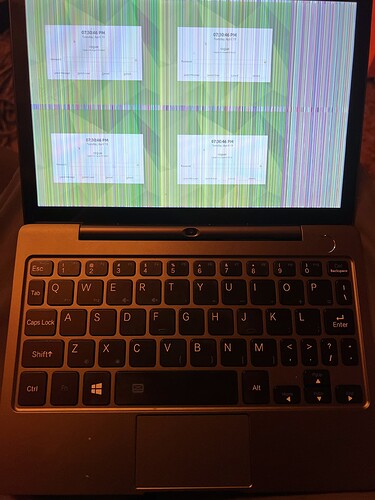 I've been trying to get the pocket 3 Ubuntu mate build to work on my P2Max 2022 which has a 2560x1600 IPS display and cannot for the life of me get this working and I'm calling for support <3.

The card is appears to be recognized fine, in fact the Live USB displays PERFECTLY with the display application actually selecting 2560x1600 by default without any tweaks. So, I install, reboot and see what is in the screenshot above. Why does the Live USB and Grub render fantastically by default but after install not at all??

I'm sure there's some configuration file or something I'm just not seeing at play here considering the Live USB looks fantastic, I just can't seem to figure out why. Any advice? Thanks for the support!

Ok everyone I figured this out today!

I was first thinking I would possibly need an EDID however while researching generating that I realized that the grub boot loader has more to do with this than I expected. I booted up the liveISO once more and inspected the grub command lines for launching the "graphics safe" vs the standard launch command and noticed the graphics safe edition had one major difference: the Linux command line specified "nomodeset" so I booted back into the local install 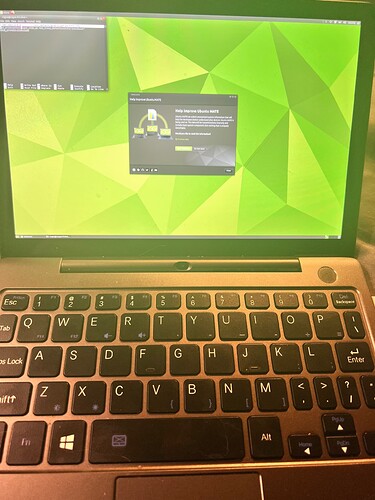 I'll try and add support for the P2Max 2022 in the umpc-ubuntu.sh repository soon

@rogueSF, just out of curiosity, what happens if you S3 sleep the P3 Max?

(ie if you set mem_sleep_default=deep to your kernel opts)

I love GPD machines, and have been trying to figure out why a lot of them leave the internal display blank after resuming from sleep for at least a year now, so any information you could tell me would go a long way towards actually getting a proper kernel fix out

I will look into it and see what i find and report back to you. I've noticed some intermittent issues with sleeps state for sure but I've had more pressing issues like the display and Wi-Fi. I've only had it about 4 days now so I haven't had much time to spend on that just yet. Now that I've got those major issues resolved, I'd be happy to spend some time looking into this.

Oh god. They put Broadcom wifi in it….

At least you got it working.

I really appreciate you doing this for me.

Things will probably not behave as expected, but none of the settings will be permanent, and none of this will cause any sort of “damage” to your device. A reboot will restore everything back to expected behaviour.

(I’m sure you already know this, but duty of care, you know

Let me know if you get stuck with anything, and I look forward to the results.

Oh I'm not worried about breaking things. I'm the type who will break it over and over until I master it in and out

- but my initial research into this has led me here - I haven't run the boot flag yet but in my research I came across this Kernel article and it's already starting to make sense how it all works to me. 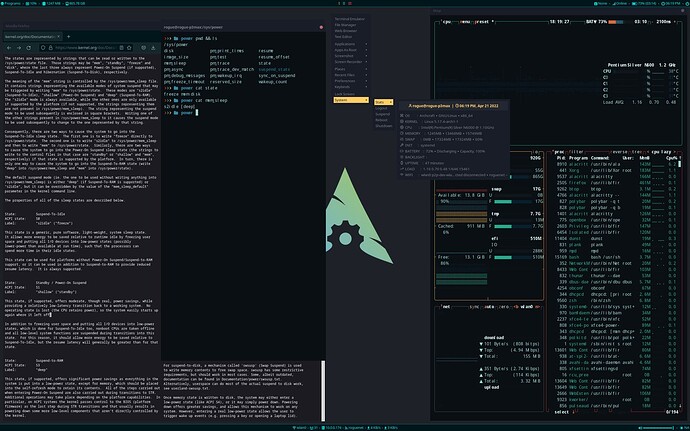 Without even trying I can confirm that my system should support s3 sleep. My issues in basic testing today shows that it does indeed work fine in s3 but s4 hibernation is not properly working as it always boots into black screen...I might be getting sleep states mixed here so correct me if I'm wrong but the problems, according to the article, would be less dependent on kernel support and more on the vendor to develop means for the kernel to interface with the chipset properly to implement the sleep states properly

Oh good. That sounds more like GPD hardware. I didn’t think they’d go over to the dark side…

If you haven’t already figured it out, the kernelopts you need is:
iwlwifi.disable_rxq=1

That should make it work with most kernels. And you shouldn’t need it on 5.18 (if you’re on the bleeding edge like me).

Whenever there’s a new kernel version, iwlwifi is usually one of the first things to break, but full credit to Intel for fixing it quickly.

Without even trying I can confirm that my system should support s3 sleep. My issues in basic testing today shows that it does indeed work fine in s3 but s4 hibernation is not properly working as it always boots into black screen...

What you’re describing sounds exactly like what happens to most Intel GPD machines running Linux.

the problems, according to the article, would be less dependent on kernel support and more on the vendor to develop means for the kernel to interface with the chipset properly to implement the sleep states properly

GPD’s BIOS (and their ACPI tables) in their Intel hardware is hot garbage, unfortunately. Which is a shame, because it’s a blemish on otherwise awesome hardware.

In fairness their AMD machines is PERFECT. No issues, completely customisable, even the stuff that the user probably shouldn’t be able to customise, and the display successfully resumes from S3 sleep.

Yes, you could argue that it’s the responsibility of the hardware manufacturer to make sure their BIOS is good, but let’s be honest, that almost never happens….

Moreover, they have written (either themselves, or outsourced it) “windows drivers” that make the display work as expected from S3 sleep. So they did the lazy option.

But if Windows is able to make it work, that means the Linux kernel should be able to as well.

My gut tells me that i915 has no idea how to reset the display controller.

Thanks for letting me know. That confirms my suspicions, and narrows the problem down for me

Oh good. That sounds more like GPD hardware. I didn’t think they’d go over to the dark side…

If you haven’t already figured it out, the kernelopts you need is:
iwlwifi.disable_rxq=1

That should make it work with most kernels. And you shouldn’t need it on 5.18 (if you’re on the bleeding edge like me).

I would like to enable the Wi-Fi driver for the AX201 chip without updating the kernel. How do I add the iwlwifi.disable_rxq=1 option?

Thank you for your suggestion. I tried adding iwlwifi.disable_rxq=1 to the kernel parameters. No wireless connection was detected. I installed Ubuntu MATE 22.04 with default kernel 5.15.0. Also tried kernels 5.16.10 and 5.18.0 without success. rogueSF, have you found a way get wireless working?

Is there any chance you could post the output of this command:

I was about to say, this command would have told you if your wifi module was faulty/undetected/was throwing errors.

It would also tell you specifically why it was doing so.

But in any case, you’re a step closer to figuring it out

Here is the output from dmesg:

I reinstalled Windows 10 from the GPD P2 Max 2022 image and got the following message using Device Manager > Network Adapter > Intel WiFi 6 AX201:
"This device cannot start (Code 10)"
I tried updating the driver from Intel with the same result.

I restored the default settings in the BIOS menu and the WiFi interface started working! I installed Ubuntu 22.04 MATE as a dual-boot with Windows and WiFi also works in Ubuntu. WiFi is still working after several restarts. An internet search showed intermittent detection problems with the Intel AX200 series adapters on several different computers.

The P2 Max ESSX8326 sound card is not detected in Ubuntu. Apparently the driver is missing and requires a patch:

ESSX8326 HID not supported: No sound on GPD pocket 3