Tell me how close this looks like to mac 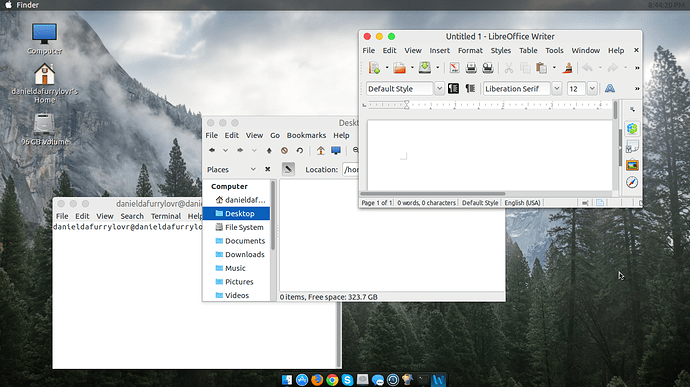 Pretty good, you may wish to add the TopMenu applet to the top panel on the left so you can detach the menu bar from applications to behave more like Mac OS X.

Further additions could be to adding the indicators on the right, and maybe even a shortcut to Synapse to mimick the spotlight feature.

Cheers MATE…You are using mac ubuntu transformation pack or something else?.. i had used it in fedora mate compiz just enquiring out of curiosity…

They decided to paint with some different strokes and some people like it.

I’m honestly frustrated with GNOME’s decision, especially considering they were the only interface i could show people which was “Windows-alike” in the past but to say GNOME team will regret it? I don’t believe so, since everyne who uses GNOME as their interface had either adopted it or found alternatives.

GTK2 is still a thing, as some applications rely upon it, and so long people are using GTK2 or GTK3, they’re using GNOME’s stuff. Though, they could had done something better than being destructive toward well-established workflows.

About this: why? I mean, as a fun project I get it, but as a serious mod to the interface I don’t understand, primarily because I don’t believe one using Linux should aim to make it exactly like another system, rather, they should try to make it look how they want it. To convert someone away from Mac into Linux isn’t to make it look like a Mac and expect them to cope, but rather to present the alternative as something better than paying for updates to Mac OS X or being locked into a certain version after Apple drops support for some devices.

Sorry for the super long wait, but to be completely honest with you, i just seemed to like the MacOS interface a lot, so i decided to theme Ubuntu MATE like it.