The final beta is upon us, featuring MATE 1.15 (with an upgrade to 1.16 soon), many fixes and preparations for a solid future under the GTK3 toolkit. 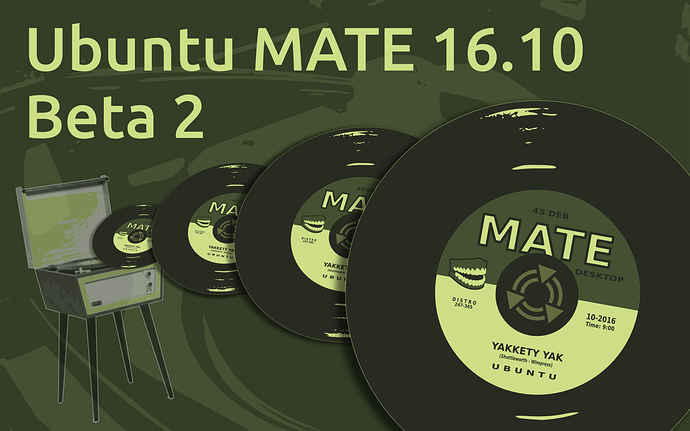 Ok, given it a test run in VirtualBox. But there is a problem:

It informed me that something had failed to install. I then rebooted and it got to the login screen. However, when I logged in it threw an error message:

the virtualbox kernel service is not running: exiting.

At which point the system became unresponsive and locked up requiring a “hard” shutdown. Have rebooted but it is still borked.

I tested the Live version of 16.10 Beta 2 64-bit. Memory usage at idle is about 650 MB. Better than the 1 GB at idle with 16.04. But nowhere near as good as it was with the Ubuntu 14.04 base, which was in the 300s at idle. What has happened here to cause such a dramatic rise in memory at idle? I filed bug reports with UM and Linux Mint. Until memory efficiency improves more than this I will be using Manjaro Linux MATE 64-bit which idles at about 440 MB.

Not seeing this memory usage. 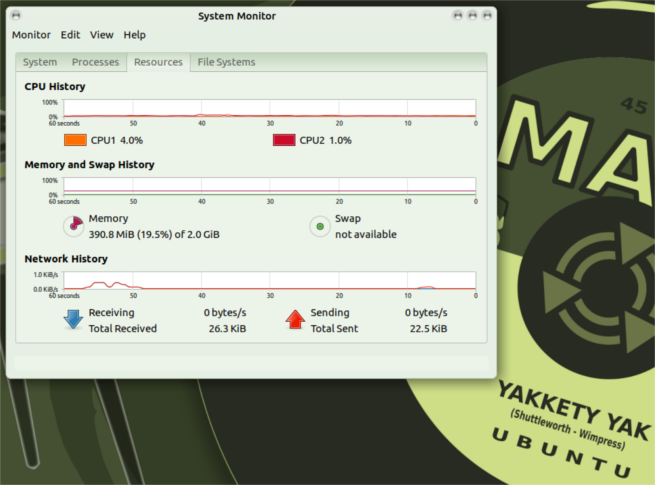 I agree that UM 16.04, when it first came out, had both high Ram usage and also was suffering with the GVFSD-SMB-BROWSE bug. But, that bug has now been fixed and the RAM issue has been brought under some degree of control. It is true that it is idling higher than UM 14.04. But, mine idles around 500 MB. I also accept this is a bit higher than other Mate distros such as Manajaro. But, I have tested out the latest Manjoro Mate and it has a few issues of its own, as is the case with all Linux distros.

Finally, I always have several apps running in the background/in the system tray including:

These apps, all together, consume around 700MB of RAM. Thus, whether or not my OS is consuming 400 or 500 MB in the background becomes neither here nor there as a proportion of the total RAM consumption on my rig.

I’ve been running UM16.10 since alpha1 as a daily driver and, other than the afore-mentioned samba issues, I have been very satisfied with it. The desktop was much more responsive on the old Sony FZ laptop I use than even on 16.04.

However, when beta2 introduced the 4.8 kernel, I’ve run into a problem with the Intel i915 drivers that won’t allow the desktop to load. Booting with the -nomodeset switch allows the computer to function, but introduces various other issues that make it barely usable. Apparently, this is a known problem across several distros and we just have to wait for Intel and/or the kernel devs to make it right.

Shame, really; I was enjoying 16.10. I’ve had to return to Xenial just so I can get things accomplished. I’ll just have to keep my eyes open to see if a fix or work-around materializes.

I haven’t had any problems running 16.10 in Virtualbox, including installing the guest additions, but I’ve only been running the VM from a Mac host. It might be that you need a newer version of Virtualbox to support the kernel in 16.10. I think I’ve seen a similar error message, especially with Fedora (which likes to include the newest everything), that was resolved once Virtualbox caught up. You could try installing the latest version from Oracle.

Also, note that as of Virtualbox 5.1, dkms is no longer needed.

Is it recommended to install this version on the Raspberry Pi 3? I’m already planning to be using the experimental OpenGL driver so I’m technically already in a beta of sorts… Are there reasons to use the beta over the LTS release?

EDIT: This is what happens when I forget to enable noscript for the site. Never mind I see that there isn’t even a beta available for the Rpi. That was easy!

This topic was automatically closed after 14 days. New replies are no longer allowed.