In the early days of home computing, computers came with thorough documentation. It often included a set of manuals, detailing every button, port, light, software application and software feature. Ubuntu MATE provides its documentation right in the distribution. The Ubuntu MATE Guide can be found in the Ubuntu MATE menus at Menu ▸ Accessories ▸ Ubuntu MATE Guide and it is for users needing a little extra help while learning to use Ubuntu MATE. Although this guide doesn't attempt to come close to the level of detail in 90's vintage manuals, it's been created for you and other computer users like you who want a reference detailed enough to help you to learn about Ubuntu MATE and its applications and to build your confidence and competence in using them to get things done. (You can also see the guide in HTML format here: https://guide.ubuntu-mate.org)

The guide is divided into these main topics: 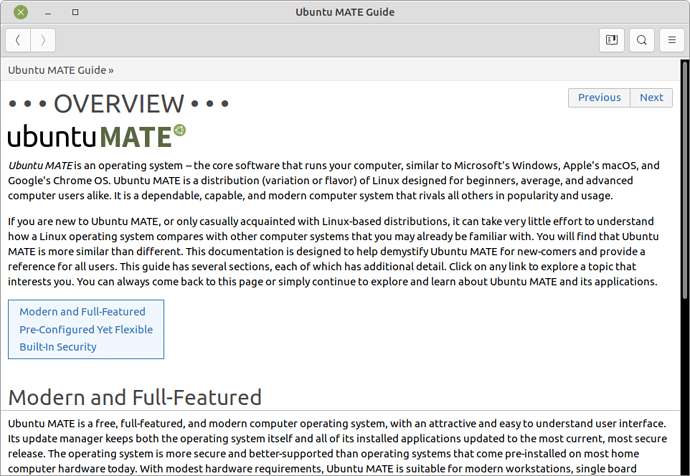