When does testing for the 22.04 LTS version begin?

It's not that I'm anxious to break my system, I just want to try to give back a bit testing where I am able to. Does testing begin soon? Is there some kind of guide I should be following?

Thanks for all that you guys do.

As usual, I let my mind loose and typed out a mass of words. Please forgive me for my wordiness; I just want to give you a complete and detailed explanation of the situation.

Perhaps I go about testing the wrong way; that's entirely possible. However, to my understanding, there aren't very many formalities involved in testing software -- this is open-source, after all. If another person can do any level of testing, then by all means, they are welcome, and we thank them!

If you ask me, there are three ways to go about testing 22.04: You can download the "daily build" live ISO image for 22.04 and run from the live session without installing; you can download the daily ISO and install it, either to a hard disk (partition) or in a virtual machine; or you can take a slight gamble and upgrade to 22.04 from your current installation of Ubuntu MATE. Any of the above will test the system very well, and the ultimate way to test is to do all three, though testing all three methods is optional, especially for a more casual tester.

If I were you, I'd start out with the safest option -- download the ISO and run the live system without installing it. This is what I do, personally, until about a month before the final release, at which point I do either a fresh installation or an upgrade of my current installation.

You can get a daily build of the live ISO at: http://cdimages.ubuntu.com/ubuntu-mate/daily-live/current/jammy-desktop-amd64.iso.

You can install 22.04 to an empty area of the hard disk, or even in a virtual machine. The main advantage of this is that, once the system is installed, you can apt update && apt upgrade every day or so, and you'll be able to test the very, very latest software headed for the final 22.04 release; by contrast, you'd have to download the entire 3.3 GB live ISO image regularly to be able to test regularly.

Another small advantage to a fresh installation is that, while installing the system, you also test the Ubuntu installer. This may not seem like a great advantage -- since the installer doesn't tend to change that much from version to version -- but sometimes other things change and can affect the installer adversely. In one recent case, the 22.04 installer failed right near the end of the installation process (in the most frustrating place possible!); it was soon discovered that a standard program got removed from the underlying Debian / Ubuntu base of Ubuntu MATE (a program in the debianutils package, to be exact), and the installer couldn't find the program, so the installation failed!

Fortunately, the above example has been rectified now -- but bugs of that nature are very large impediments to new users' acceptance of Ubuntu MATE. If they can't get it installed, how are they going to be able to use it seriously?

Finally, you can upgrade your existing Ubuntu MATE installation. This is useful if you want to try your normal workload on 22.04, without copying over your data in a manual and cumbersome fashion.

As with any upgrade procedure, you can really bork your current installation by taking this route. Usually, upgrades work just fine! But occasionally, things do go wrong -- especially so for unstable versions like 22.04. Do not take the upgrade route unless you have backed up your important data first.

I spent a lot of my time around Debian systems and not quite as much around Ubuntu, so I'm not super proficient in the "Ubuntu Way" of upgrades. I'm sure there's a better way to do this under Ubuntu. However, assuming that you are currently using 21.10 (Impish Indri), you can upgrade using commands like these:

If apt dist-upgrade complains, enumerate the PPAs that you have enabled, and change any references of impish to jammy. Some PPAs may be unnecessary or unavailable for 22.04 -- Fresh MATE is one example, I think.

There are standardized testing mechanisms for Ubuntu MATE. You can use such mechanisms to help you test things out a little.

However, I don't want to put too much emphasis on standardized tests whatsoever. (Regarding the academic kind though, I am a firm believer.

) I personally disagree with standardized quality assurance tests. I believe that standard tests, when used too extensively, will be followed by everybody to the letter, and thus only a handful of scenarios will be tested in the end. In addition, standard tests are by definition contrived. How many ordinary users do exactly the same thing every time they log in? Will those users discover bugs? Chances are, few and rarely, respectively.

Instead, I'd use the 22.04 system like you would your normal installation of Ubuntu MATE -- just do what you normally do, as much as you can. Since you're already accustomed to how things are supposed to work normally, you'll notice bugs and other flaws very easily and very quickly, and you'll likely be annoyed by them more than some flaw that appears while executing the standard testing procedure. By being more annoyed, you'll be more motivated to report the bugs, rather than living with them. And that's how open source works.

If somebody else had written this reply, they'd probably have written less than a tenth of what I just typed out, and you'd probably get the point anyway. I'm probably only turning people away using this message.

But hopefully, this post will be informative, and will help you make an informed decision about which route to take and how to test things.

I hope you can extract some gems from my massive diatribe.

This is a great post and I expect I will be returning to it again and again as time goes by. I guess I was waiting for an announcement in this section of the forums that there was something that was ready to be tested and that's why I finally posted as I did. I really should have just asked where the iso was for daily.

And I will definitely be running it from the live environment when I get the image downloaded so that I don't unnecessarily remove a working install for a broken one. I'm just excited for this coming release based on how nicely everything from Mate 1.26 has been in both 20.04 LTS and on the 21.10 interim releases using the "fresh mate" PPA. There have been a few nitpicks with icon themes here and there but I've honestly not been as excited about a Ubuntu-Mate release like this since I discovered this distro. Or maybe since the days of Feisty or Gutsy or even Hardy....

It feels like there's a real momentum brewing and I want to be a part of it. So what I can do I want to do. Will definitely be referring to your post and using the dailys to see what I can test and report back.

I guess I was waiting for an announcement in this section of the forums that there was something that was ready to be tested and that's why I finally posted as I did.

I think a call for testing announcement will happen closer to 22.04 LTS's release. The more formal testing procedures involves the ISO Tracker:

As lah7 mentioned the "call for testing" will occur closer to the release date. But everyone is encouraged to test sooner and doing tests and filling out the ISO Tracker sooner than later is always helpful.

There are also a lot of Ubuntu MATE testing resources here: 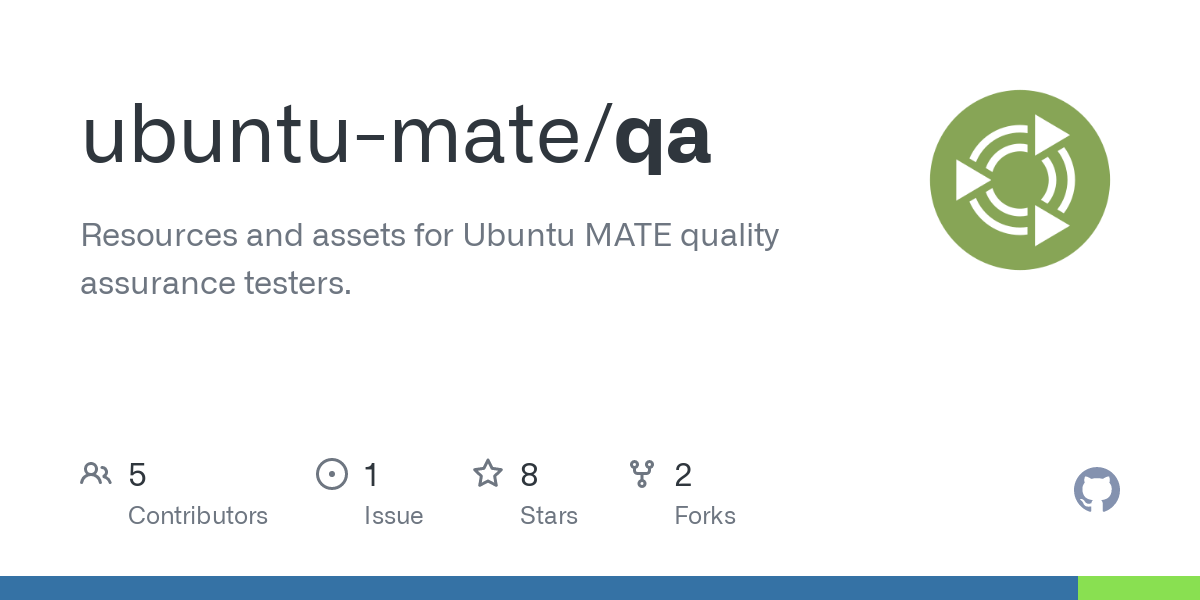 by contrast, you'd have to download the entire 3.3 GB live ISO image regularly to be able to test regularly.

This is not true if you use zsync link in the daily images page. Just install zsync and download the iso normally and create your live system. Say a week later , get the zsync link from Mate and open up a terminal in the iso dir and do a "zsync <url.to.zsync>. It will only download the delta and recreate your new iso.

the menu on the left hand side, is still not updated and shows half translated on my computer, whereas the translations are not couplet.
Where is the new Software boutique we heard about?

Why isn't the Welcome screen not updated with the translations from Transifex?

I have a small issue, when restoring a file from the bin the desktop flashes and the window closes.
On the function menu on file I have, untranslated "File's Emblem", "Sign" and "Encrypt".
Looks ugly to have a system half translated like this...
Could someone tell me where the last 2 entries are stored, and would it be possible to update the translations before the release? 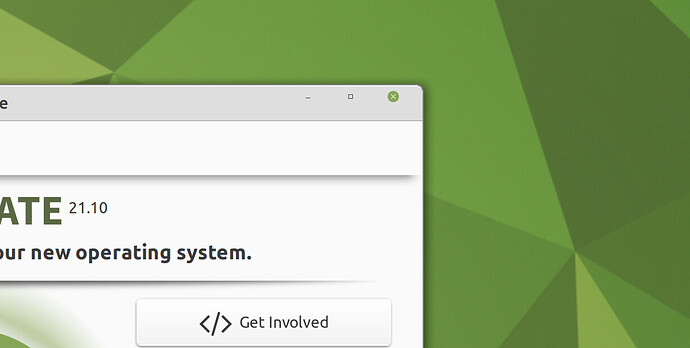