Why did mate-desktop-environment-core need mate-terminal as dependency?

i want to exchange mate-terminal with konsole, but i can't delete it, because it's a dependency of mate-desktop-environment-core.

Why did mate-desktop-environment-core need it?

mate-desktop-environment-core is a meta-package. That means it doesn't necessarily provide anything useful in and of itself; all it is, really, is a sort of "fake" package which depends on and automatically pulls in other (usually real) packages. Meta-packages exist as a convenience: Instead of explicitly installing a list of 65 (for example) packages that are all related (such as part of a desktop environment), you can simply explicitly install the meta-package and the meta-package will take care of installing everything else.

Of course, metapackages can get in the way, especially if the metapackage maintainer's preferences clash with yours. Generally speaking (notice the emphasis), metapackages are not essential to have installed; as a matter of fact, I don't have mate-desktop-environment-core installed on Debian here. I'm not at an Ubuntu MATE system at the moment, and I can tell you that some metapackages such as ubuntu-mate-desktop are necessary if you want a smooth-sailing upgrade to 22.04; but my advice is if you really don't want the MATE terminal, and you don't care about having the exact 22.04 desktop after an upgrade (chances are, you don't care, since you're replacing the MATE terminal anyway), run (but do not confirm the operation just yet!):

As for the "why" part of the question, chances are the Debian or Ubuntu MATE maintainer of the metapackage decided that the terminal is just too fundamental a component of the MATE desktop to do without. Like I said, I don't have this metapackage installed on Debian. That's one upside to using Debian instead of Ubuntu MATE: You get to choose everything you want from the very start, nothing more and nothing less.

mate-desktop-environment-core` is a meta-package. That means it doesn't necessarily provide anything useful in and of itself;

Okay, that means that other packages are depending on mate-terminal and mate-terminal-common.
In my opinion this should be changed.
Why do mate packages relies on a certain x-terminal-emulator?
At least the dependencies should be shown when uninstalling....

This is my desktop, when mate-desktop-environment-core, mate-terminal and mater-terminal-core is removed:

This is after reinstalling it: 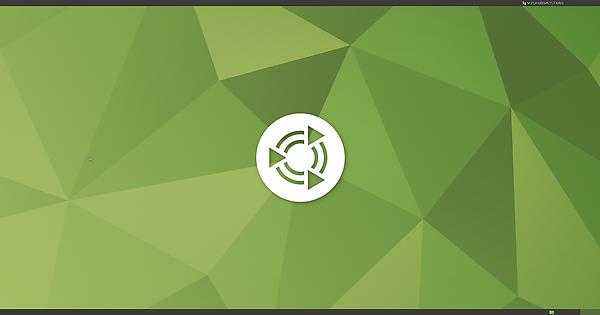 I didn't test it very long, but i recognized, that it didn't even change only the appearance.
keyboard shortcuts aren't working, too.

and I can tell you that some metapackages such as ubuntu-mate-desktop are necessary if you want a smooth-sailing upgrade to 22.04;

That's an interesting info, because i wanted to changed this for my Standard Installation script, which I use for people whose it i take care of....

Okay, that means that other packages are depending on mate-terminal and mate-terminal-common.
In my opinion this should be changed.
Why do mate packages relies on a certain x-terminal-emulator?

If you believe this, then I very strongly suggest filing a bug at the official Launchpad page.

In my opinion this should be changed.

That, rather less so. "Dependency" is literally the entire point of a metapackage. You don't understand how the pieces work, so you're approaching the problem from the wrong direction.

To get the outcome you want, you need to remove the METAPACKAGES FIRST, THEN the individual packages. That's all.

Why do mate packages relies on a certain x-terminal-emulator?

This is done to get complete and best user experience out the box for MATE (!) desktop. It is not surprise that MATE Desktop relies on MATE Terminal. If you want to start from scratch - install Openbox and play with it on your own risk. But this will not be Ubuntu MATE and you will need to support your great system by yourself.

This is not a bug and not a real problem.

User can always change the terminal by using

and by setting needed terminal in MATE Control Center → Preffered Applications, System Tab, Terminal Emulator (mate-default-applications-properties) for current user.
If you do not like MATE Terminal, then you can always hide its icon from Main Menu using mozo.

And please @JokerGermany do not post questions to launchpad (like latest 1932251)!
If you want to discuss something, then discuss it here. All points, solutions and recommendations are already given in current topic.