Some RTL Issues that i have Discovered/'Welcome' Isn't RTL Compliant

It Should be displayed like in the English Version "UbuntuMATE 20.04" Since if theres Only English Letters and Numbers. there is No need for RTL. And so it'd be correct to write it in LTR. Just Top Logo. 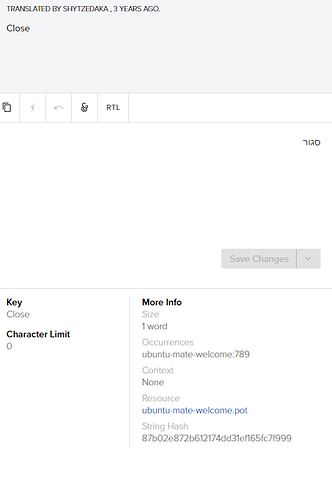 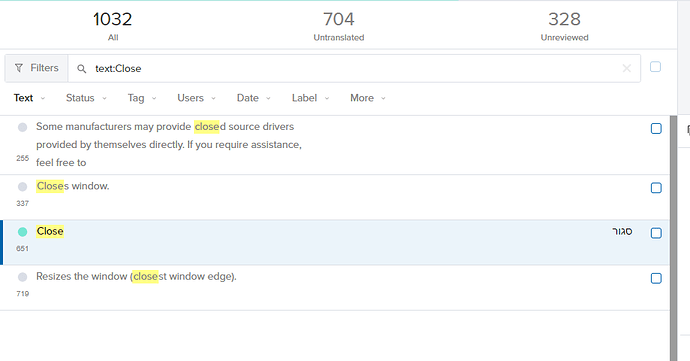 The title of the program is also named "Welcome" But i can't seem to find a way to make the Title Change to what it is in Hebrew. and judging by all the resources. everything named Just "Welcome" is already Translated.

Both of those issues are fixed.

Updates will make their way to you via the beta snap channel in the next 24 hours.

How would you Translate the 'Program Name' and Description when you Mouse over it on the menu?
I didn't find that on Transifex.

It's definitely there under ubuntu-mate-welcome.pot.

If it's recently been translated, the new translations won't appear until a developer manually syncs them, which will be closer to release.

I don't think that is the case.
All Mentioning of "Welcome" Or Software Boutique have been Translated under ubuntu-mate-welcome.pot Around 3 years ago.

The strings are definitely there:

I'm pretty sure it's because the translations haven't been synced yet.

Translating on Transifex does not immediately update the application.

But these are 3 year old. Wouldn't it have been synced by now?
it started appearing on the taskbar and window title after your very generous fix of the Close button and the title bar. 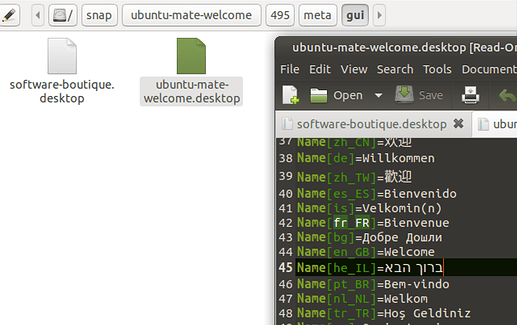 There is a translation there for he_IL, so I'm not quite sure why it's not appearing for you?

I just tried switching my system to

What locales are configured on your system?

I did the Locale command: 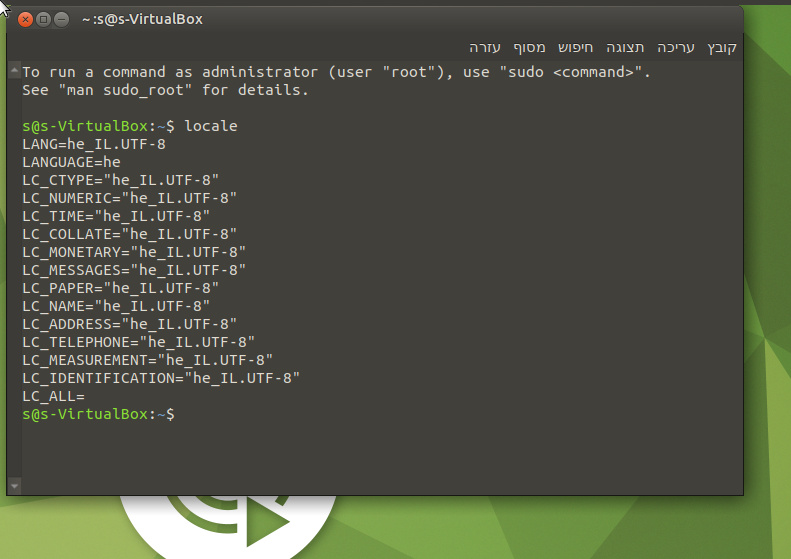 (Note: the Desktop is LTR on the Live-CD but thats rather minor)
over here it shows that software boutique is in hebrew. Though software updater for some reason is in English.

After reinstall of a much recent ISO:

Which is very strange.

That makes sense - the translations are written for "he_IL" but your desktop environment is speaking "he" as seen in your LANGUAGE variable. Locales don't cascade from languages, so "he_IL" inherits "he" but not the other way round.

You can 'test' this by reloading the panel with he_IL:

A more permanent approach is to add this line to /etc/environment and restart the computer:

That would work for you, but for new users this isn't very friendly. I'm not sure why Language Support only lists one "Hebrew" ("he") whereas for example, I can see all the different locales of English ( 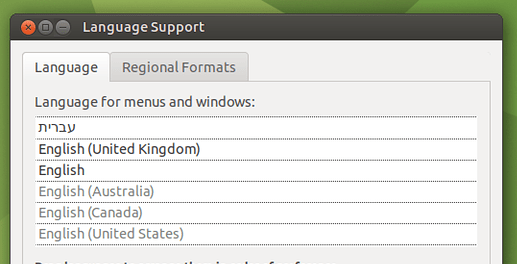 Perhaps that's worth raising a bug on Launchpad for gnome-language-selector?

If absolutely desired, we can migrate he_IL to he for

Software Boutique , though the rest of the system may be left with 'missing' locales under he_IL instead of he.

I think Switching it to he would be best. Since MATE only uses he in their transifex. And there would be no need for he-il since Hebrew only exists in Israel. It was my own mistake requesting for he-il instead of he. I'm assuming it is possible to copy the translations and simply transfer them to he and remove the old he-il?

If the rest of the system has missing locales with he-il it should default to he right?

Successfully transferred the locales from "he_IL" to "he", but I can't migrate translators, so they'll need to re-join the team.

If the rest of the system has missing locales with he-il it should default to he right?

Thanks I'll rejoin the team.

This will be updated in the release right?

I've synchronised the translations. They'll make their way to the beta snap (and Welcome PPA) within the next 24 hours.

Alright. Thank you very much!