Ubuntu MATE 15.10 for the Raspberry Pi 3 is available for immediate download!

Many thanks to BenNuttall, Simon West, Liz Upton and Phil Elwell from the Raspberry Pi Foundation for providing Martin Wimpress with a Raspberry Pi 3 and engineering assistance over the weekend. 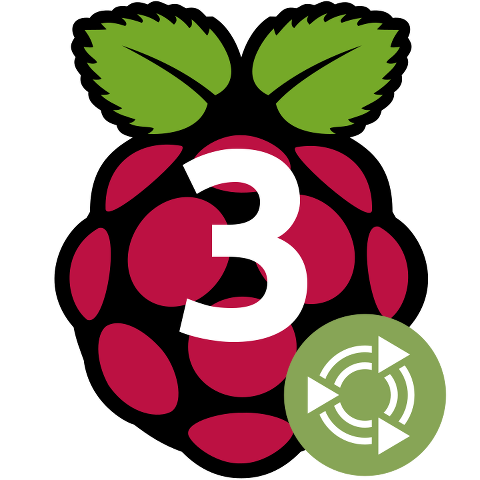 The Raspberry Pi 3 Model B is the same form factor as the Raspberry Pi B+ and Raspberry Pi 2 Model B, the RAM remains 1GB and the USB and wired Ethernet port arrangement and configuration are unchanged.

Here is what is new to the Raspberry Pi 3:

Find out more in the release announcement

Excellent!
I hope that this improves flicker free Youtube playing, because that is what my Indian middle school students use a lot to learn from Khan Academy for example. Out of the box Flash player functioning is also a big deal. For this video experience reason I installed Chromium browser on my Ubuntu Mate 15.10 for Pi2 but prefer to get it out of the box - image. Can you guys imaging hundreds, thousands, no millions of kids using this cheap and best platform throughout the developing world? Using one (old) PC or NAS box as file server plus a network printer and each class is good to go.

@Wimpy Wonderful news! Can’t wait to try it out…

Sadly, I guess it’ll be a few months before I get my hands on it, considering that the Raspberry Pi Zero is still not available here

Hi !
Awesome work !
Do you plan to make an aarch64 specific version for raspberry pi 3 ?

Will there be a 64 bit version of Ubuntu MATE for Raspberry 3B?

The Foundation have no plans to work on a 64-bit native version. In fact, aside from the kernel, their images are still ARMv6.

Thanks for you reply, @lah7!

I’ll keep hopes up high that the developers of Ubuntu MATE are still willing to consider a 64-bit version some day. Not only for Raspberry Pi 3, but also for other 64-bit armv8 devices like Odroid C2.

BTW, Raspberry Pi founder Eben Upton wrote on Feb 29 that the Raspberry Pi developers will investigate over the next few months “whether there is value in moving to 64-bit mode”.

I read in the Odroid forum that the Ubuntu Mate 16.04 image from Hardkernel for the Odriod C2 is already AArch64.
The current problem is to build packages for this somehow new architecture, e.g. building the Chromium browser for AArch64 is really a challenge. Some guys there found a way to run 32 Bit packages in the otherwise 64 Bit landscape.
http://forum.odroid.com/viewtopic.php?f=136&t=18709
http://forum.odroid.com/viewtopic.php?f=135&t=18806 #32 Bit executables in AArch64

Firstly, thanks for the great work being done here! I’m new to this forum so I just wanted to ask the question if this distribution will support lxc down the line or should I be using another distribution for lxc support on the pi3 instead?

I’m here because I hoped to be able to switch to this distribution as soon as possible because I have the pi 3. I tried using the current Ubuntu mate 15.10.3 on the pi 3 to replace ubuntu 14.04 running on a pi 2 but I’m unable to use it at the moment because lxc is not working. Running lxc-checkconfig reveals several missing requisites in the current kernel. The issue can be reproduced by just running lxc-create to download a brand new 14.04 ubuntu trusty armhf container, it will fail to run presumably because of the missing requisites? I’d rather not move away from ubuntu as all my other systems run ubuntu. Also I don’t want to roll my own kernel for this distribution if you are actually planning to add the lxc capability to the kernel later.

It works great on my new raspberry pi 3

thanks you,i hope so immdietly

The download works OK on my Pi3 BUT why can’t I upgrade my existing Pi2 version?

dist-upgrade doesn’t even update the kernel beyond 4.1.13

This topic was automatically closed after 4 days. New replies are no longer allowed.