Keeping your observation above in mind, I re-installed 20.10 beta using the iso from Sunday on Sunday afternoon.

I used the "something else" method and chose an old fat16 Dell Recovery partition left over from an ancient windows install that came with the laptop to install the EFI boot loader. From there, everything went well and the new system booted with everything working as expected.

Thank you Norbert_X, for all you do! After a power outage Monday (due to fire season here in California) I spent part of this morning, installing and configuring various things in 20.10. Grub works on my legacy system.

Feature freeze has occurred and another scheduled Ubuntu Testing Week is set to begin on September 3rd for the 20.10 Groovy Gorilla Release of Ubuntu MATE.

There have been several updates to Ubuntu MATE packages for release in 20.10 as well as the underlying Ubuntu base packages. In addition there are 2 major changes we would like some testing focus on:

Currently Ubuntu MATE 20.10 is set to change to using Ayatana Indicators. This will change the way indicators in the panel are used and displayed. Testing of Ayatana Indicators and any issues that arise with them is very important for the UI/UX of the 20.10 release.

The Ubuntu MATE Team kindly asks for everyone who can to join in and help with testing.

Installed the 02 Sep 2020 Daily ISO "groovy-desktop-amd64.iso" In a virt-manager virtual machine accepting all defaults, installing "extras" and updating during installation. No EFI. 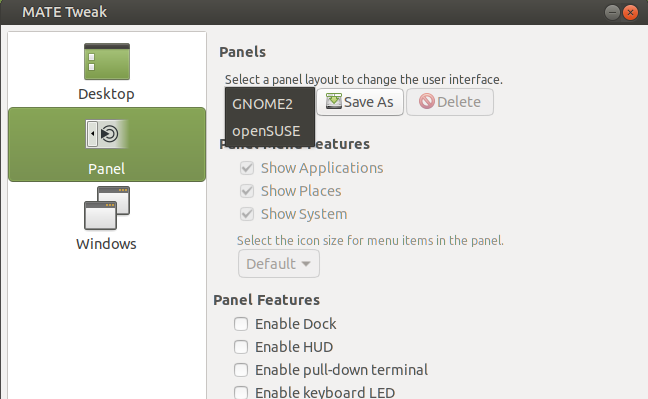 Thanks Larry. I installed 20.10 on my SSHD, booted to it and discovered the situation you described in your post above. I only installed a broadcom driver

after updating the system and shutting it down, keeping my cotton picking hands off the upper panel of the Traditional setting. I've never changed the panel layout before using Welcome, so that was a great tip.

(sorry for all the @'s in this message)

FYI for everyone Tweak isn't Ayatana Indicator aware yet but that will be coming very soon which will resolve this issue.

I have the same issue with only two options in MATE tweak (Groovy is installed on laptop) .

Also, I do not have date in indicator applet anymore, even after reboots and regular upgrades (as of today).

Did you do a fresh install from the current daily ISO? Or did you upgrade from an earlier install?

If it's from an upgrade please see this bug report and add to the report.

It is an upgrade from an earlier install (one of the Aug ISOs, forgot which

). Thinking about it, I indeed remember reading 'ayatana-*' in one of the upgrades and the clock was OK on initial install.

Thank you for the bug report. I mentioned 'affects me'. In journalctl I see,
.. ayatana-indicat[995]: Settings schema 'org.ayatana.indicator.datetime' is not installed
The 'ayatana-indicator-datetime' is version 0.8.0-1.

@franksmcb, could you please check and confirm if this works for you?

Installing indicator-datetime (if you had removed it like me to fix panel clock issue discussed in post 29 above) and indicator-session will get back the full panel list. 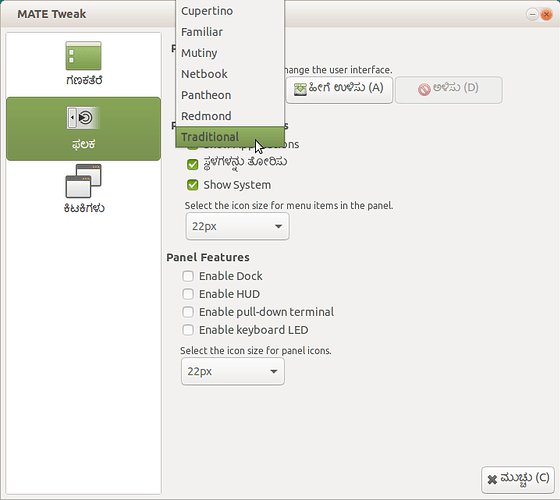 Thanks for discovery!
Ubuntu MATE is currently migrating to Ayatana Indicators, so this will be fixed soon by @Wimpy .

Yeah I agree the report is long & horrific for tracking purposes... it had different issues added to it beyond the timing issue it originally related to (as I understand it anyway). I think I missed your comment #112 as I had bug report open on a box whilst I was testing

Anyway, just FYI: I'm no longer concerned about that report.

The 4 laptops, 11 desktops of mine that I believe (any doubt is on my box count only) were impacted are no longer impacted. Some (mainly older/slower) boxes have been impacted multiple times, some only the initial time (over numerous days).

Sudodus (nio-wikland) had what I believe was a different issue that also used that report (on Lenovo V130), but nothing I have was impacted by what Sudodus reported. The issue(s) with this box were not fixed.

At the top the bug description, it still currently mentions Leó Kolbeinsson's two boxes (Leó just got Lubuntu membership today!) that I believe aren't impacted any longer.. Yep Leó just confirmed his boxes are all good too

Leokolb has just tested on another box, so that bug is now impacting two boxes;

My main concern (and likely yours) is http://launchpad.net/bugs/1897173 anyway currently (despite it thankfully not impacting Lubuntu)

This issue is still occurring when upgrading to Ubuntu MATE 20.10. This will be added to known issues in the Release Notes.

Doing a sudo apt remove indicator-datetime will resolve this.