Yaru is the worst spaghetti code ive ever seen.
And to be honest the white design looks terrible flat.

But why not take the opportunity and making something more usable of it?

In the future i f get it stable i will provide sources of the theme for gtk3 and gtk4.

2 Likes
The best integration of the most dependable desktop environment, but there's a flea in the soup
bigpod 5 May 2021 16:25 #2

what theme is that it doesnt realy look like yaru

I suppose it's @Frieder_Saugschmerle's modified Yaru? To me it looks like a cross-between Adwaita and TraditionalOk though, frankly.

@gordon i did port some parts from traditional ok to scss and put them directly into yaru.
Later this day i ll post the code with a link here of my idea.Plain scss source.

Link removed by Admin - please use another provider without explicit ads

@bigpod
Yaru on ubuntu is a very flat theme. The borders have a very hard contrast expecially but not limited to titlebars. To give it a name would be high contrast extreme. If it were monochrome and using borders -/box shadows in a very refined way it would be a great theme too.

Traditional ok css code is several years old now. Even if raveit65 does a great job maintaining it is nearly impossible to port it to gtk4 using the actual code base.

Sorry, @Frieder_Saugschmerle, but your link should come with a warning that the file's hosted on a website which contains some extremely explicit ads, at least if you view it in my area (not sure if they're locale-specific ads; also the ads slipped right past my adblocker). Nice theme, but it'd be nice if you at least warned people that the content may be explicit.

@gordon
Damn. am very sry. Did code the theme on a vm where i did not have git installed.
Did my best to pick an uploader that doesn show ads but i do honestly believe you when you say it had explicit content. My attempt to chose an uploader had failed . The thing is with these upload services if i look at the download page it is clean. Once i use my mobile or another ip its full of ads and not so family friendly content.

A mix between yaru and tranditional ok for gtk3

Good. Thank you for your understanding. I'm looking forward to more extensively trying out your theme.

@gordon
did now some basic modifications on gtk4 theme. Still work left to do. Now its in a stat where it could be tested on gtk 4.
And got git working so no mysterious download providers anymore. 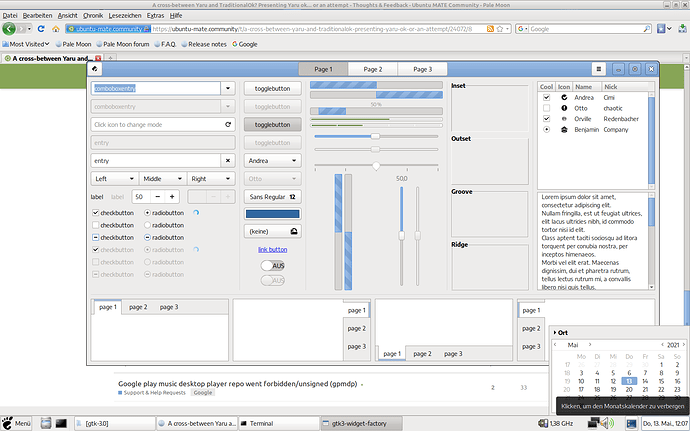 So, just to clarify, this theme is a port of TraditionalOk to more modern GTK stylesheets (GTK3/4)? I'm not exactly seeing the connection with Yaru, but I could be missing something.

In any case, looks good so far!

@marquiskurt
Code based on 100% yaru but changed the optics to traditional ok.

First I did change the yaru light mate theme to a real light theme.
After that i did copy some functions from the azurra framework in the colors.scss file.
Then did convert the css color definitions from traditional ok to scss.
And the most work was the following step: rewrite the gradients to make them compatible with yaru code. They where completly different. I tried to not hardcode colrs as mus as possible. 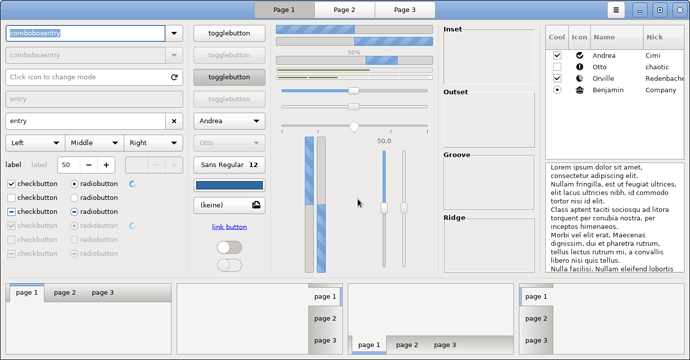 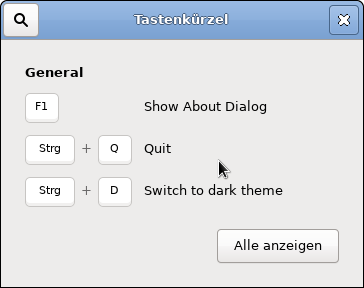 Exciting to see people’s ideas on the default theme! I agree that Yaru is too flat and, recently, has subpar padding and spacing, copied from Adwaita, bloating up UIs.

I don't think we'll be seeing themes that aren't flat in the future, especially with Yaru, given current design trends (even macOS eventually took the flat route with Big Sur).

That said, I definitely agree on the padding issue. I didn't realize how much padding there was until I applied the Yaru theme on my install of Ubuntu MATE. Lowering the font size to 10 seems to make it better, at least visually. I feel that this issue is going to get greater as GNOME and GTK4 continues to change the padding and spacing of apps, and this gets inherited into Yaru so as to not break these apps. I think the thread "Horrible GTK3 / GNOME UI design is leaking into Ubuntu Mate applications in 20.04" covers this really well.

Perhaps the MATE fork can continue to make small improvements regarding padding, at least on the MATE side of things?

Code based on 100% yaru but changed the optics to traditional ok.

Ah, I see, thanks for clarifying. Glad to hear you're thinking about modularity and portability by not hard-coding values. I think this theme, if developed fully, can help out a lot and should be provided as a theme option in future releases.

The problem with all these "Modern" themes these days, is they always look like the Windows 10 stock theme. And I swear there's a push to be the first theme to be 2 colors, with 1 color being nirvana.

The problem with all these "Modern" themes these days, is they always look like the Windows 10 stock theme.

And I swear there's a push to be the first theme to be 2 colors, with 1 color being nirvana.

I'm not sure if you mean this as light/dark mode, but I don't have much of an issue with this approach since there's a level of consistency. I certainly wouldn't mind dark titlebars with light window controls, though!

I do soon publish an update that does change some hardcoded colors to variable ones. By changing color values in the gtk2 part i was able to express some Still hardcoded colors with scss.
If thats done then i ll try to contact raveit.

Tab design is a bit tricky. I can theme them exactly like in gtk2 but then the tab section is very different from yaru or adwaita. 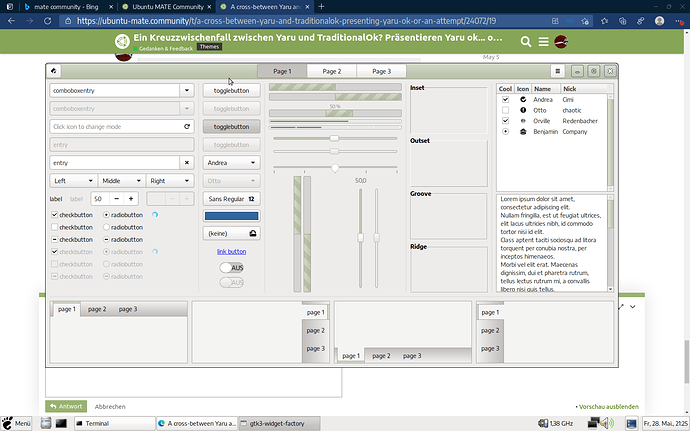 All i did here was changing the core_color_a to gtkshade(bg_color_from_green,1.18) inside palette.scss. It does work with a lot of toher color shemes with core_color a and core color b.

core color a is nearly the selected bg color from gtk2.
core colro b is the bg color.

@gordon
any idea how to use branches with git?
Am completly a noob regarding these thing but did now create a fork of my own project: 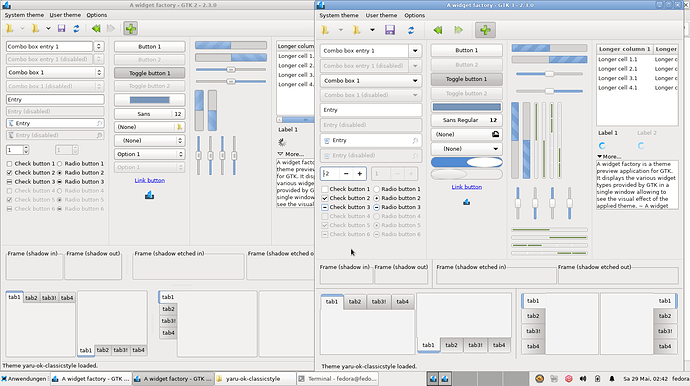 Difference is tab design like in gtk2. At least optically. Took me 4 hours to get it working as it is now. In this branch i will add the scale-/slider handle back.
Scrollbar handle is lliterally impossible to create on gtk3, and for gtk4 no scrollbar buttons.

Yaru ok and Yaru green is now part of mate themes in github.