However, it will be a GTK2 build to ensure nothing in your LTS gets broken. I’m not going to have access to a computer for just over a week, but the build is done. We’ll do some final testing before releasing, shouldn’t be more than 2 weeks.

can I undo this new mate once it is available? Is it a separate desktop?
How much space will it take? (I only have 12gb on a 32gb dual boot system)

Perhaps you can save me the trouble and look at this usability bug posted here.

Finding a directory of a searched file Support & Help Requests

I agree this is a usability bug. Definitely one to report unless it's already been addressed by the developers somewhere. The alternate is to right click the file and select Open parent location. MATE 1.14 (which includes Caja) hasn't been tested for 16.04 yet, keep an eye here:

can I undo this new mate once it is available? Is it a separate desktop? How much space will it take?

Adding the PPA (repository) upgrades the existing desktop (1.12) to the new version (1.14). It's not separate, but if desired, you can undo this update by later removing the repository and then re-installing mate-desktop.

I don't know how much space it will take, but it could be up to 100 MB as it updates MATE's core apps too.

If you're low on space, take a look at Bleachbit (it's in the Software Boutique) which can reclaim disk space (in particular, apt's cached packages and unused localisations).

Or ppa-purge should undo the changes for you. 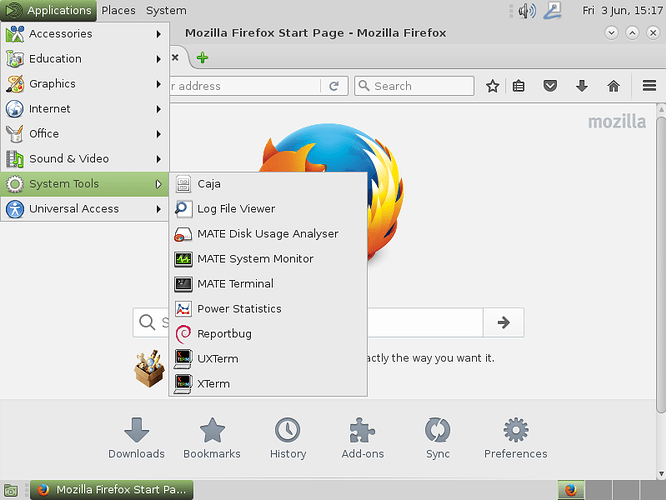 Hi everyone! I recently started using Ubuntu MATE and I think it is fantastic! After trying a few other Ubuntu spins, this one I felt most at home with and I appreciate the focus on a classic desktop metaphor.

Happy to hear 1.14 will be available for 16.04 thorugh a PPA. I appreciate having the latest possible, while waiting for all GTK3-niceness of the next full release.

Thanks for you work!

And here it is:

And here’s how to install it:

The number one question in the Ubuntu MATE community right now is: When can I get MATE Desktop 1.14 for Ubuntu MATE 16.04? The answer is, now. Right now. [image] We've published a PPA containing MATE 1.14 that is designed to work with Ubuntu MATE 16.04. You can find out what changed in MATE Desktop 1.14 from the upstream release announcement. You might be wondering why it has taken 2 months to release this PPA? Here's why; they've been well tested. The packages in this PPA are derive…